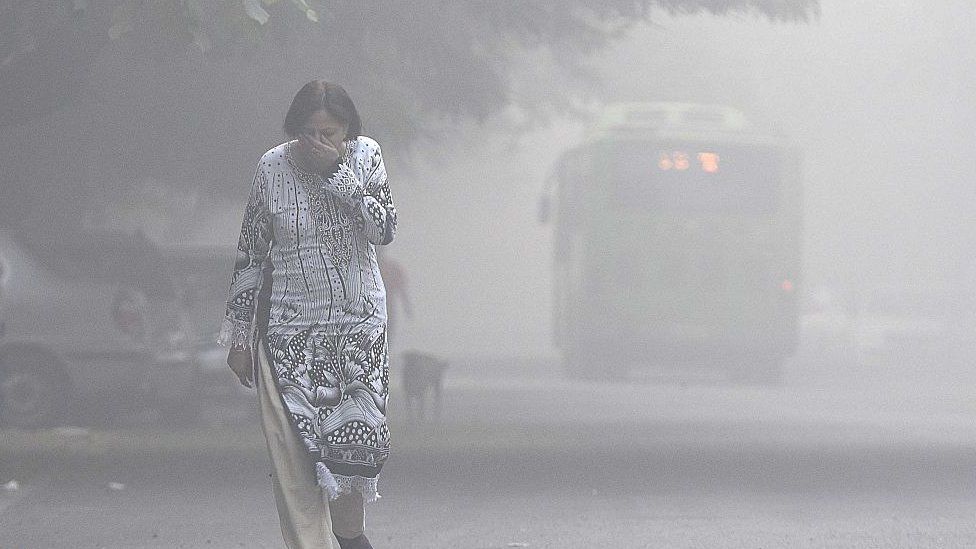 Data also showed that the residents of Delhi didn’t experience even one “good” day of air quality through the month, BBC reported.

Experts blame the burning of crop stubble in neighbouring states and the festival of Diwali for the alarming levels of pollution in November.

The numbers are the worst Delhi has seen since 2015, when the Central Pollution Control Board started recording air quality data.

“This is the major reason why November saw poorer air quality this year as compared to the last few years,” he said.

Satellite data from Nasa shows that there were 90,984 fires from stubble burning in three states – Punjab, Haryana and Uttar Pradesh – between October 1 and November 28. This was the highest number in five years, according to a report from the Council on Energy, Environment and Water (CEEW).

Air quality in Delhi had also dipped to hazardous levels the day after Diwali as people defied a ban to burst firecrackers for hours.

Stubble burning – where crop residue is burnt every year to make way for planting wheat – turns the city’s air toxic every year. It’s banned but enforcement has been weak.

The problem looks set to worsen as the federal government has agreed to decriminalise stubble burning in a bid to assuage protesting farmers at Delhi’s borders.

The levels of PM2.5 – tiny particles that can clog people’s lungs – are far higher in Delhi than the World Health Organization’s (WHO) safety limit.

Several studies have warned of the health risks of breathing such toxic air.

Recently, a joint study by the Lung Care Foundation and Pulmocare Research and Education found that exposure to high levels of air pollution can make children obese and put them at greater risk of developing asthma.

The study was the first in India to establish a link between overweight children, asthma and air pollution.