KATHMANDU: KP Sharma Oli filed his candidacy for the post of CPN-UML chairman at the 10th general convention of the party being held in Chitwan on Monday.

Bishnu Paudel had proposed the nomination of Oli while Shankar Pokharel seconded it.

Earlier this morning, Bhim Rawal had also filed his candidacy for the party chairman.

Oli and Rawal were elected as the chairman and vice-chairman of the party from the ninth general convention. 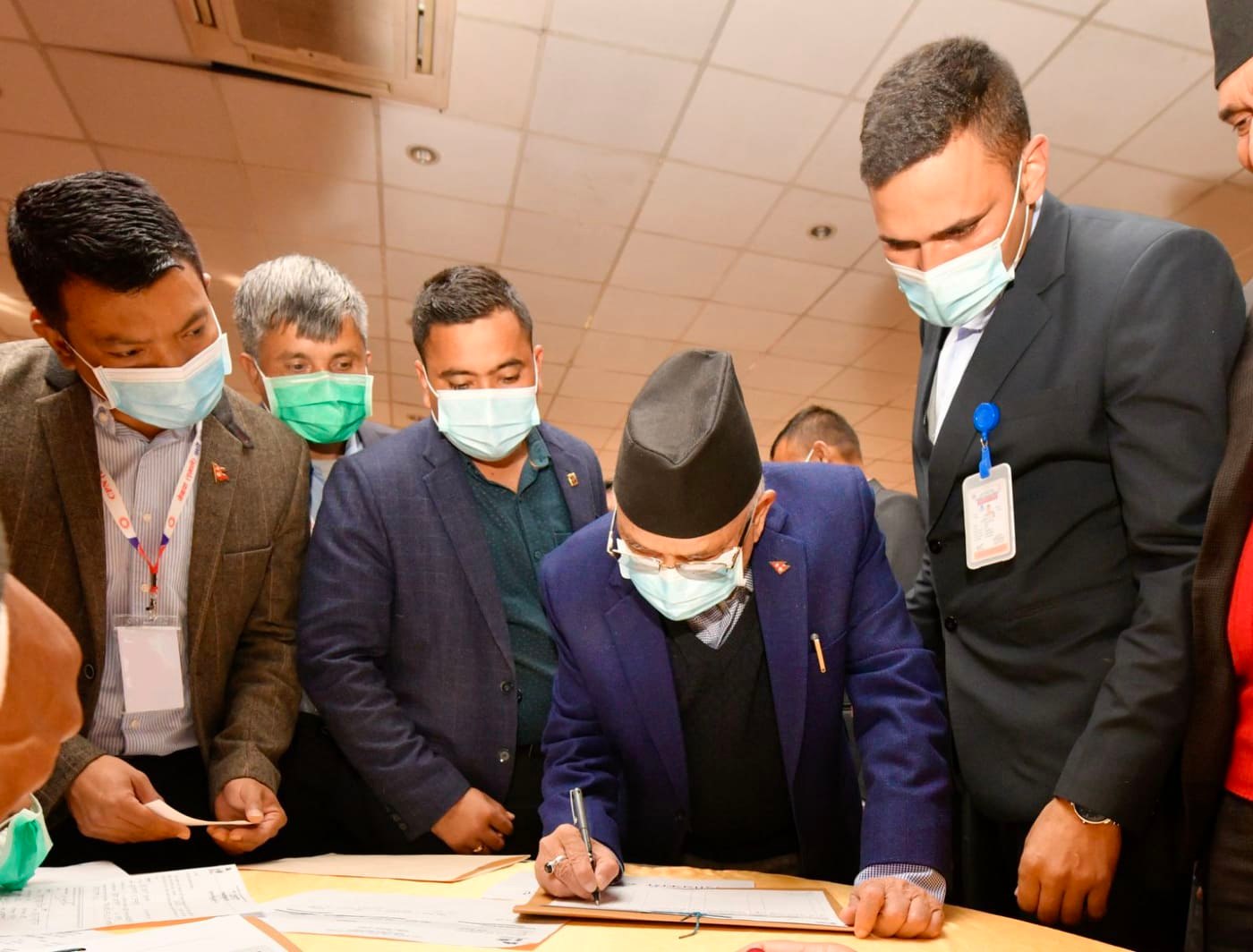 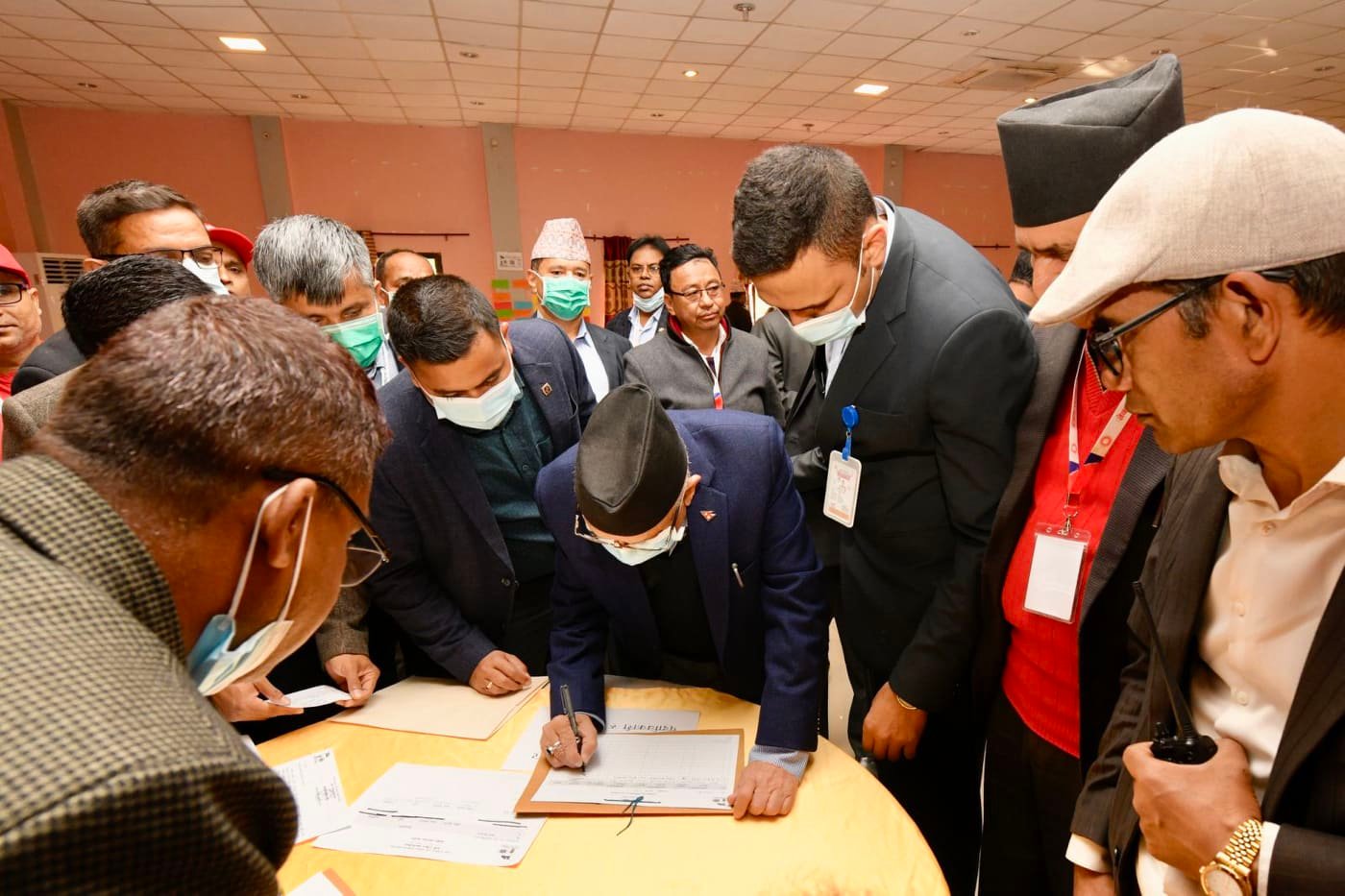