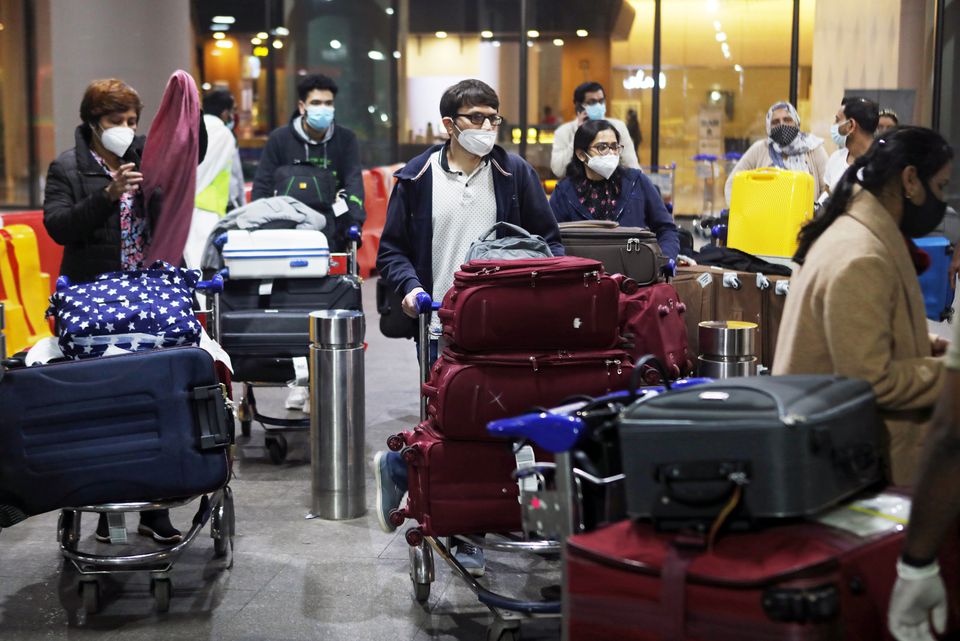 India said on Friday it will resume international passenger flights from mid-December with COVID-19 linked curbs for “at risk” countries, and ordered tightened screening at borders as fears over a new coronavirus variant spread globally, Reuters reported.

The federal health ministry said reports of mutations in the variant, identified as B.1.1.529, had “serious public health implications”, and asked states to adopt rigorous screening and testing for all passengers from South Africa and other “at risk” countries.

“This variant is reported to have a significantly high number of mutations, and thus, has serious public health implications for the country in view of recently relaxed visa restrictions and opening up of international travel,” health secretary Rajesh Bhushan said in a letter to states late on Thursday.

But India’s civil aviation ministry said it had decided to let airlines resume scheduled international flights from Dec. 15, lifting a nearly two-year-old ban imposed to stem the spread of COVID-19.

The resumption of flights would be based on the coronavirus risk levels of individual countries, according to a formal government order.

Some countries in Europe and Asia have rushed to tighten border controls and restrict travel because of the new variant.

India’s foreign ministry said there was no immediate information on steps the government was taking.

The federal health ministry did not respond to a Reuters request for further comment.

On Friday, the UK  Health Security Agency said the new variant has a spike protein that was dramatically different to the one in the original coronavirus that COVID-19 vaccines are based and could make existing vaccines less effective.

Britain has banned flights from six African countries, and asked returning British travellers from those destinations to quarantine.

India, the world’s second-worst affected country by COVID-19, posted the smallest rise in new cases in one-and-a-half years this week, due to increased vaccinations and antibodies in a large section of its population from previous infections.

Its total cases of coronavirus reached 34.56 million on Friday. India’s daily caseload has halved since September and it reported 10,549 new cases on Friday.

Earlier this month, India identified 10 countries “at risk” including Europe, China, South Africa, and New Zealand, among others, and has opened its borders to 99 countries overall.

Indian shares fell more than 2% on Friday, in line with declines in markets across Asia as investors fled risky assets panicking over the potential impact of the new variant.