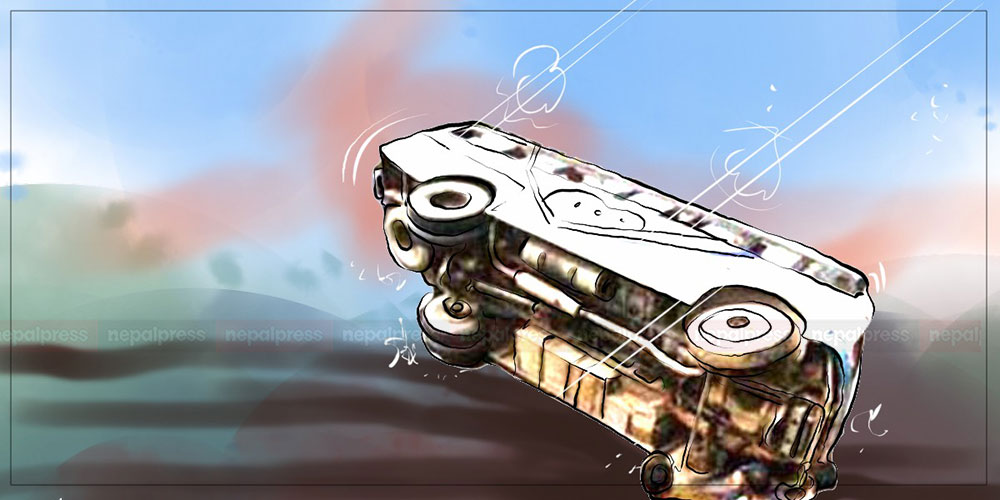 KATHMANDU: At least five persons died and 27 others were injured when a bus they were traveling in met with an accident in Jajarkot on Sunday.

The identities of the deceased are yet to be established.

The incident occurred when the bus (Na 6 Kha 2757) heading towards Kalimati of Jajarkot from Nepalgunj skidded off the road and fell some 200 metres down the road at Barahachaur in Bheti Municipality-13 in Jajarkot at around 2 am today.

The injured are undergoing treatment at the District Hospital, DSP Madhu Kumar Thapa of the District Police Office, Jajarkot said.

Police have arrested the driver for investigation.