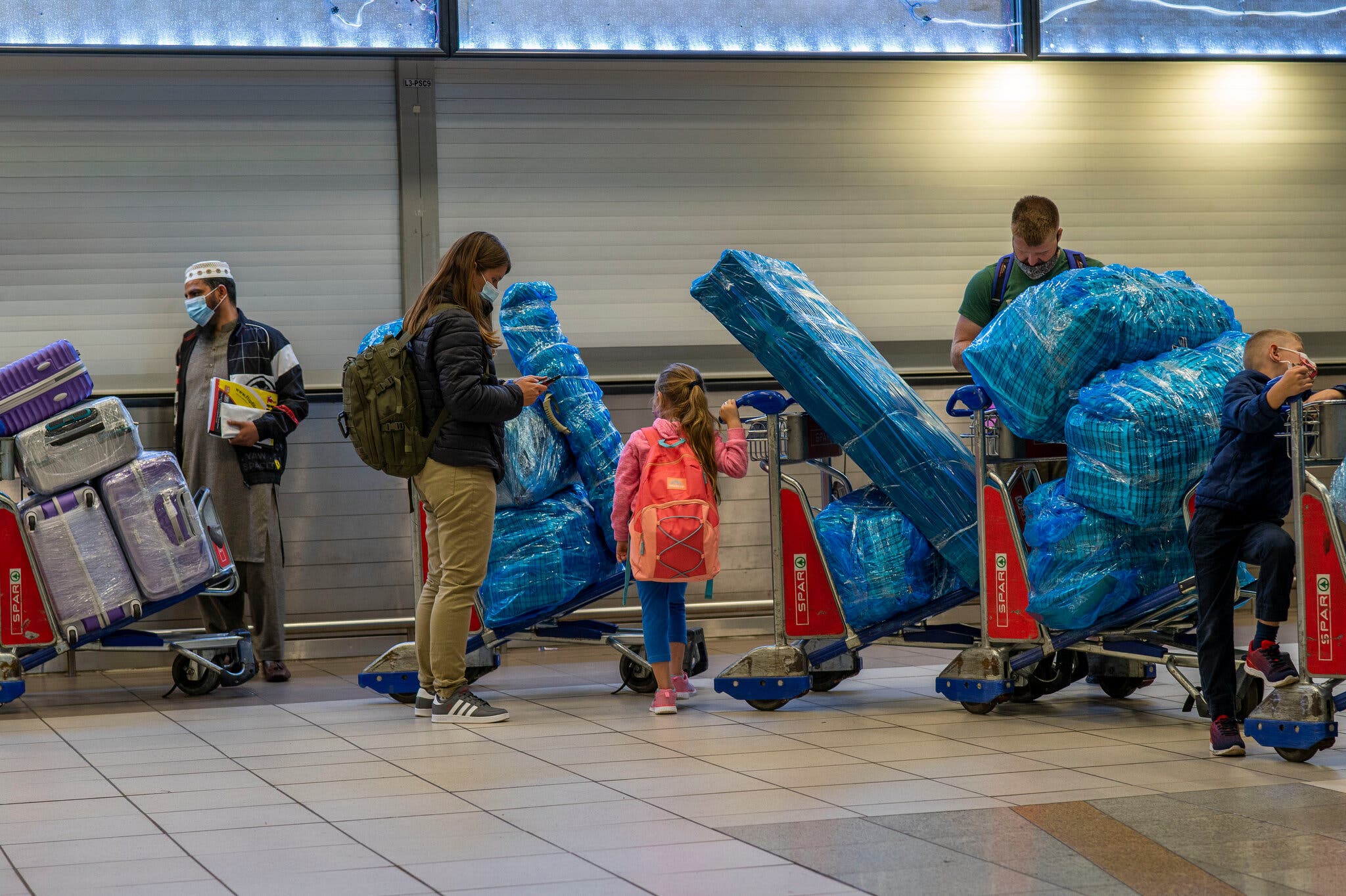 The new variant, dubbed Omicron, poses a new challenge for Biden, who has had a mixed success getting Americans vaccinated after a politically motivated pushback by 10 states. Biden also faces criticism from international health experts and foreign leaders for failing to send vaccines to poorer countries.

The travel restrictions do not ban flights or apply to U.S. citizens and lawful U.S. permanent residents.

No cases of Omicron were identified in the United States to date, according to Centers for Disease Control and Prevention (CDC) on Friday. The agency expects that it would identify the B.1.1.529 variant quickly, if it emerges in the country.

Countries around the world rushed to suspend travel from southern Africa after the World Health Organization said Omicron was “of concern.” Many of those bans kick in immediately, unlike those issued by Biden.

The restrictions apply to South Africa, Botswana, Zimbabwe, Namibia, Lesotho, Eswatini, Mozambique and Malawi. Most non-U.S. citizens who have been in those countries within the prior 14 days will not be allowed into the United States.

Biden made the announcement while spending the Thanksgiving holiday weekend on the Massachusetts island of Nantucket.

“As a precautionary measure until we have more information, I am ordering additional air travel restrictions from South Africa and seven other countries,” Biden said in a statement.

The president told reporters while on a walk in Nantucket that his medical team recommended the ban begin on Monday instead of immediately. A White House official told Reuters the gap was due to the procedural things that had to be done before such a ban could be put in place, including working with transportation authorities and airlines.

Airlines for America, an industry trade group, said it was “in communication with the U.S. government as specifics remain unknown at this time and there are many unanswered questions. Amid this rapidly evolving situation, it is critical that U.S. government decisions regarding international travel restrictions and requirements be rooted in science.”

The United States could add countries to the restriction list if the variant spreads, a senior administration official said.

Delta Air Lines (DAL.N) and United Airlines both fly to South Africa and United is set to resume nonstop flights from Newark to Cape Town on Dec. 1. Shares of both airlines closed down more than 8% Friday.

Biden called on nations meeting at the World Trade Organization next week to waive intellectual property (IP) protections for COVID-19 vaccines in the wake of the new variant.

“The news about this new variant should make clearer than ever why this pandemic will not end until we have global vaccinations,” Biden said in a statement.

However, the WTO meeting was postponed because concerns about the variant, sources told Reuters, potentially making the already slow and uncertain process of intellectual property waivers even more so.

Some public health experts have said the United States has not done enough to provide the first doses of vaccines overseas, particularly as it pushed forward with booster shots for its own citizens who are already vaccinated.

It could take weeks for scientists to fully understand the variant’s mutations. Health authorities are seeking to determine if Omicron is more transmissible or infectious than other variants and if vaccines are effective against it.

The Biden administration was holding a briefing with U.S. airlines to discuss the restrictions on Friday.

The United States only lifted the travel curbs on 33 countries including South Africa, China, much of Europe, India, Brazil, Ireland, Britain and Iran on Nov. 8, after blocking the entry of most foreign nationals who had recently been in those countries since beginning in early 2020.