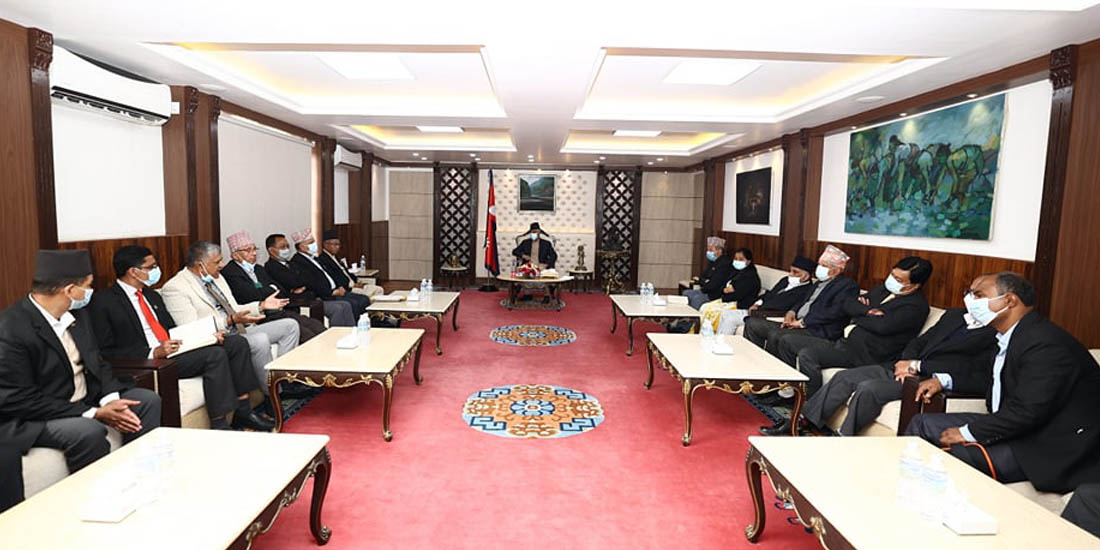 KATHMANDU: Prime Minister Sher Bahadur Deuba said that the current stalemate in the judiciary will be resolved soon by holding consultations with all the concerned stakeholders.

During a meeting with the office bearers of the Nepal Bar Association (NBA), PM Deuba said that the Supreme Court crisis will be resolved very soon by holding discussions with the leaders of the ruling coalition among others.

At the beginning of the meeting, the NBA officials informed PM Deuba about the situation inside the judiciary, ongoing agitation and the need for the exit of Chief Justice Cholendra Shumsher JB Rana.

In response, the Prime Minister said that he was well aware about the protest and the problems will be resolved anytime soon.

“I am well aware about the problems in the judiciary. The problems will be resolved soon by holding consultations with all the concerned stakeholders,” a legal practitioner, who attended the meeting, said PM Deuba as saying.

On the occasion, the Bar officials suggested to the PM that the Chief Justice, who has been saying that he would not resign from his post, should be impeached.

Lawyers association with the Nepal Bar Association have been staging demonstrations for the past one month demanding resignation of the Chief Justice.