At Least 27 Dead After Migrant Boat Capsizes in English Channel 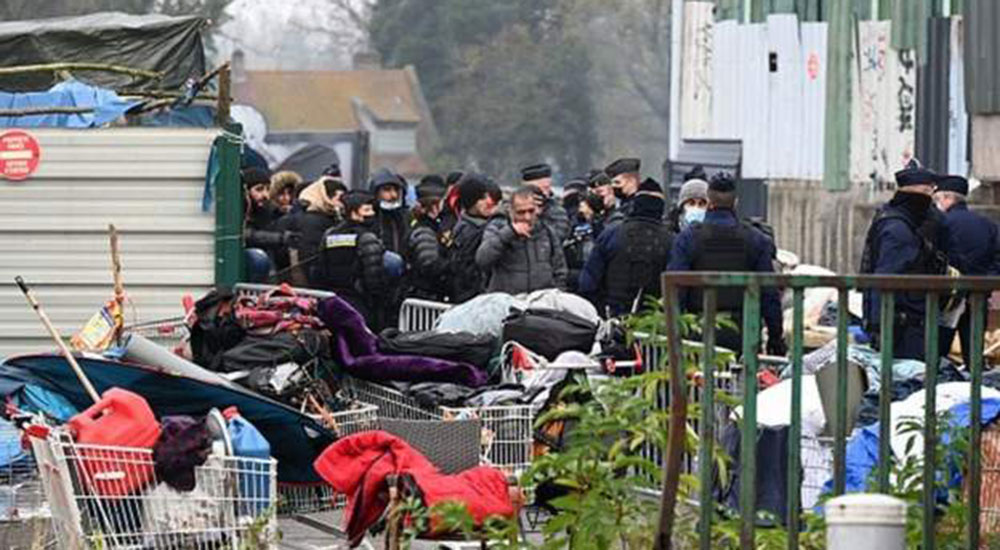 At least 27 people drowned in frigid waters off the coast of France on Wednesday, after a boat carrying migrants trying to reach Britain capsized in the English Channel, one of the worst death tolls in recent years for migrants attempting the dangerous crossing, according to the New York Times.

Gérald Darmanin, France’s interior minister, said that the dead, including five women and a little girl, were part of a group whose “extremely fragile” inflatable boat was found completely deflated by rescuers. French officials had previously given a death toll of 31, but later revised the figure.

Two people were rescued but were hospitalized with severe hypothermia. It was still unclear where the migrants were from, Mr. Darmanin told reporters from Calais.

“It’s an absolute tragedy that fills us with anger,” he said.

The drownings came only a few days after French and British authorities reached an agreement to do more to stem the number of people taking to the sea. They were also a stark reminder that five years after authorities dismantled a sprawling migrant camp in Calais, both countries are still struggling to handle the flow of migrants in the area.

“France won’t let the Channel become a graveyard,’’ President Emmanuel Macron said in a statement. He called on an immediate tightening of border controls and an increased crackdown with other European nations on immigrant smugglers. Mr. Darmanin noted, for instance, that smugglers sometimes bought boats in Germany and brought them to France for use in trafficking.

Local maritime authorities said they quickly sent out rescue ships and helicopters after a fishing vessel alerted them that several people were lost off the coast of Calais.

President Emmanuel Macron said Britain needed to stop politicising the issue for domestic gain, while his interior minister, Gerald Darmanin, said Britain too had to be a part of the answer.

France had earlier stated 31 people lost their lives, but the number was later revised down to 27, government officials said. Two migrants were critically ill in hospital with severe hypothermia, Darmanin said.

French police arrested four human traffickers suspected of involvement in the accident. Darmanin said the nationalities and identities of the migrants were not known.

Regaining control of Britain’s borders was a totem for Brexit campaigners ahead of the 2016 referendum on Britain’s membership of the European Union and the flow of migrants, though relatively low in absolute terms, is a point of friction between London and Paris.

French President Emmanuel Macron said the EU’s border agency Frontex should get more financial means to protect the bloc’s external borders, thereby helping prevent migrants from gathering on France’s northern shores. Britain has in past weeks accused the French authorities of standing by while thousands of migrants leave their shores.

France rejects the allegation. “France will not let the Channel become a graveyard,” Macron said.

More migrants than usual had left France’s Channel coastline to take advantage of calm sea conditions on Wednesday, according to fishermen, although the water was bitterly cold.

At dawn on Wednesday, Reuters witnessed one group of migrants emerging from the sand dunes near Wimereux before piling into an inflatable dinghy. The same group was seen landing hours later in Dungeness, southern England, having safely crossed the 30 km stretch of water.

Before Wednesday’s disaster, 14 people had drowned this year trying to make it to Britain, a local maritime prefecture official said. In 2020, a total of seven people died and two disappeared, while in 2019 four died.

Fisherman Nicolas Margolle told Reuters he had seen two small dinghies earlier on Wednesday, one with people on board and another empty. He said another fisherman had called rescue services after seeing an empty dinghy and 15 people floating motionless nearby, either unconscious or dead.

Darmanin said the migrants’ dinghy had deflated, and when rescuers had arrived it was “deflated like an inflatable garden pool.”

While French police have prevented more crossings than in previous years, they have only partially stemmed the flow of migrants wanting to reach Britain — one of many sources of tensions between Paris and London.

In his statement, Johnson said he and Macron had agreed to step up efforts to prevent the crossings. Calais Mayor Natacha Bouchart blamed Britain for the problem, saying it should change its immigration policies.

Some rights groups said tighter surveillance was pushing migrants to take greater risks as they sought a better life in the West. “To accuse only the smugglers is to hide the responsibility of the French and British authorities,” said l’Auberge des Migrants, an advocacy group that supports refugees and displaced people.