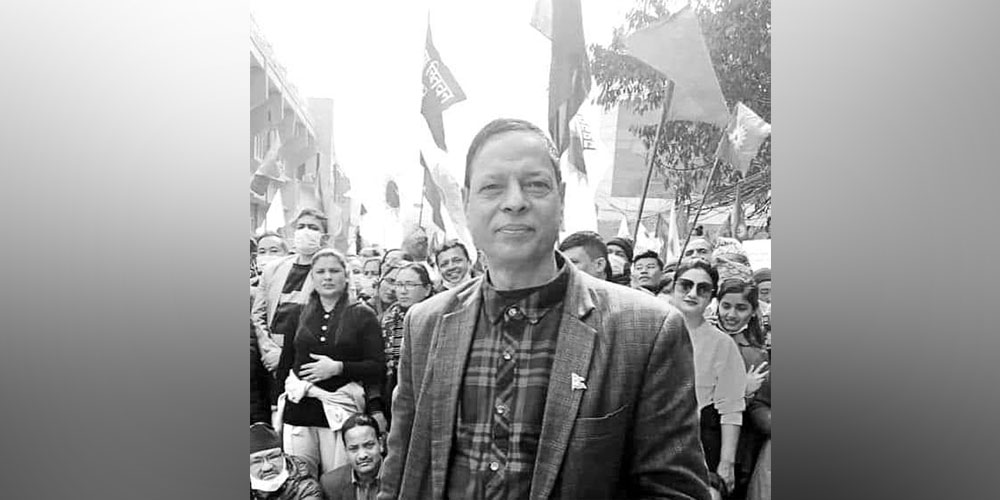 RUPANDEHI: CPN (Moist Centre) leader Ram Prasad Banjade, who was critically injured after a bus hit a motorbike he was riding on at Jitgadhi in  Rupandehi on Tuesday, succumbed to his injuries on  Wednesday.

Maoist Centre Coordinator of Rupandehi Nirmal GC said that Banjade was heading towards his home in Butwal from Dang on the motorbike (Lu 26 Pa 5898) after attending a meeting when the bus (Na 7 Kha 906) hit him last night.

Seriously injured Banjade breathed his last while undergoing treatment at the Lumbini City Hospital in Butwal this morning.

The Maoist Centre leader and Chief Minister of Lumbini Province Kul Prasad KC among other party leaders reached his home and offered their condolences to the bereaved family members.

Banjade is survived by his wife, a daughter and a son.