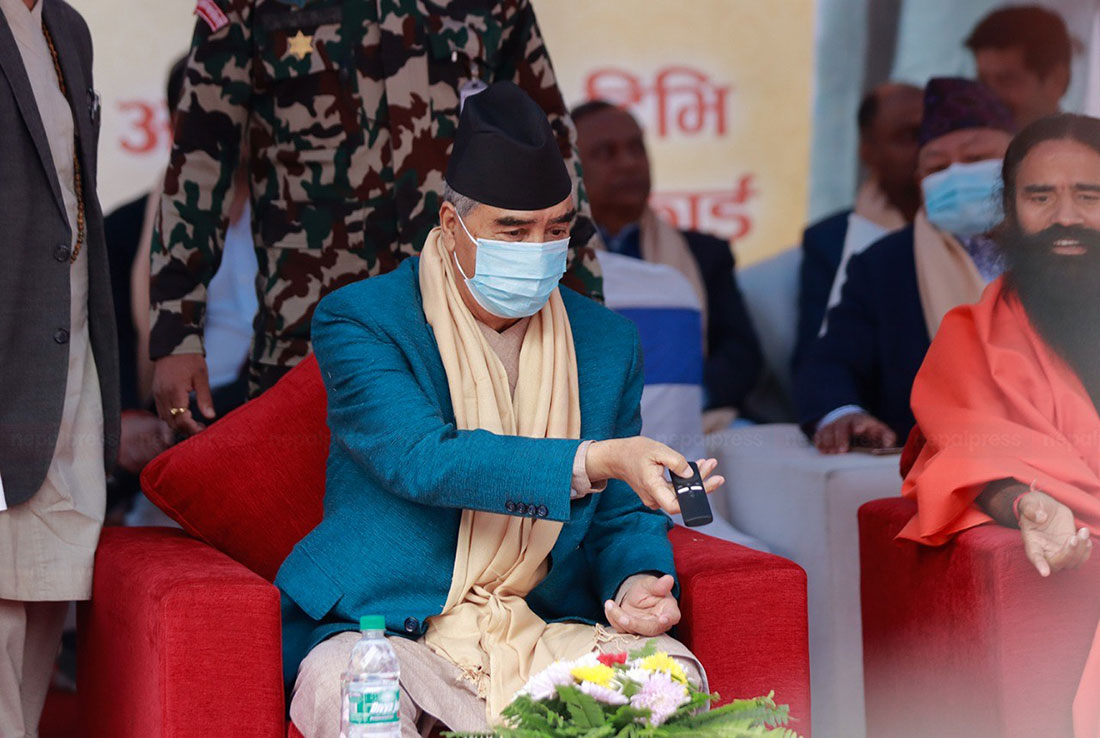 KATHMANDU: The Department of Information and Broadcasting under the Ministry of Communication and Information Technology on Sunday formed a probe committee to investigate the two TV channels of Patanjali Yogpeeth.

Prime Minister Sher Bahadur Deuba inaugurated the TV channels amid a programme in the Capital on Friday.

According to a preliminary investigation, it has been found that both the channels are not registered with the Department of Information and Broadcasting and have not taken permission to broadcast the programmes.

Director General of the department Gogan Bahadur Hamal said that a four-member committee has been formed under the leadership of one director.