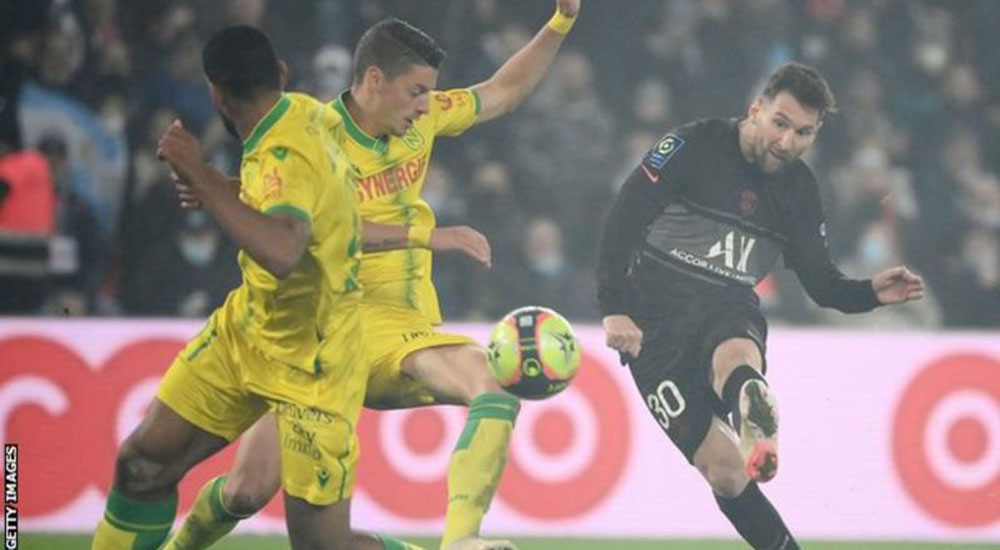 Lionel Messi scored his first Ligue 1 goal as Paris St Germain opened a 13-point lead in Ligue 1 despite playing almost half an hour with 10 men in a 3-1 home win against Nantes on Saturday, according to Reuters.

Messi found the back of the net with a curled left-footed effort from outside the box three minutes from time, adding to Dennis Appiah’s own goal after Randal Kolo Muani had cancelled out Kylian Mbappe’s first-half opener.

The result left PSG with 37 points from 14 games ahead of a Champions League trip to Manchester City on Wednesday, while Nantes are 11th on 18 points.

Messi has scored three goals in the Champions League since joining from Barcelona during the close season but the Argentine forward had not found the back of the net in his five previous appearances in Ligue 1.