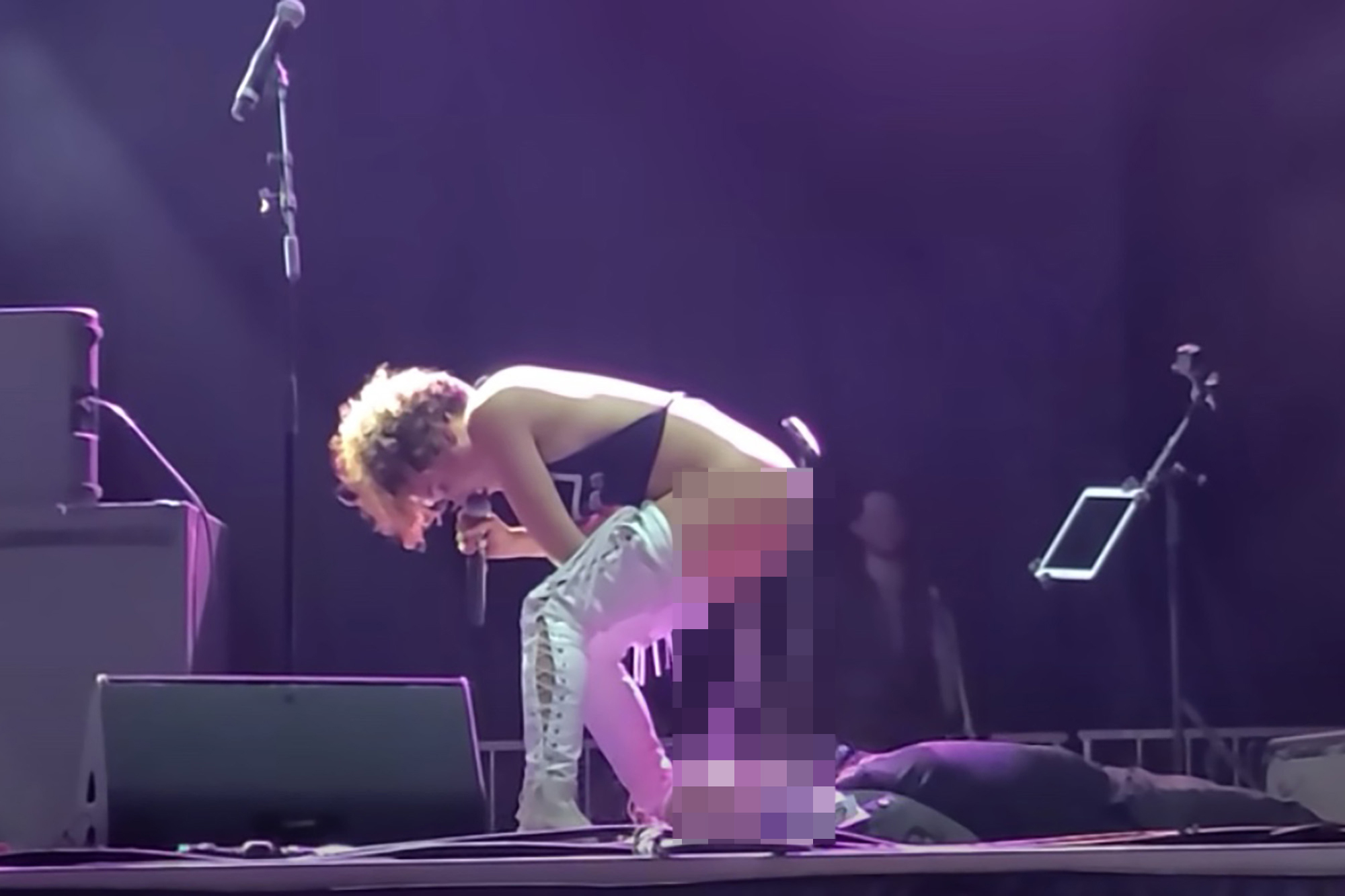 Brass Against singer Sophia Urista shocked her fans and audience worldwide when she went too far with a stunt on stage while performing a cover of Rage Against the Machine’s Wake Up, in Daytona, Florida, on Thursday night, the Week reported.

Urista, the front-woman for New York-based band, while performing, told the audience “I gotta pee, and I can’t make it to the bathroom.”

“We might as well make a show out of it,” she said and asked a male fan to come on stage and lie down. In a video that has gone viral, the man is lying on the ground with what looks like a can on his head and the singer unbuttoning and squatting over his face.

After the stunt faced criticism with many people calling it “disgusting”, the band came up with an apology on the singer’s behalf.

“We had a great time last night at Welcome to Rockville. Sophia got carried away. That’s not something the rest of us expected, and it’s not something you’ll see again at our shows. Thanks for bringing it last night, Daytona,” Brass Against said in a tweet.

Later, the singer too came out with an apology, which she posted on Twitter.

“Hey everyone, I want to speak to my performance at Rockville metal festival in Daytona.

“I love my family, the band, and the fans more than anything and I know that some were hurt or offended by what I did. I apologize to them and want them to know that I didn’t mean to hurt them.”

“I am not a shock artist. I always want to put the music first. I’m grateful for all of your continued love and support.”