Wuhan Wet Market Worker Is Now the 1st Known Case of COVID-19, According to New Study’ 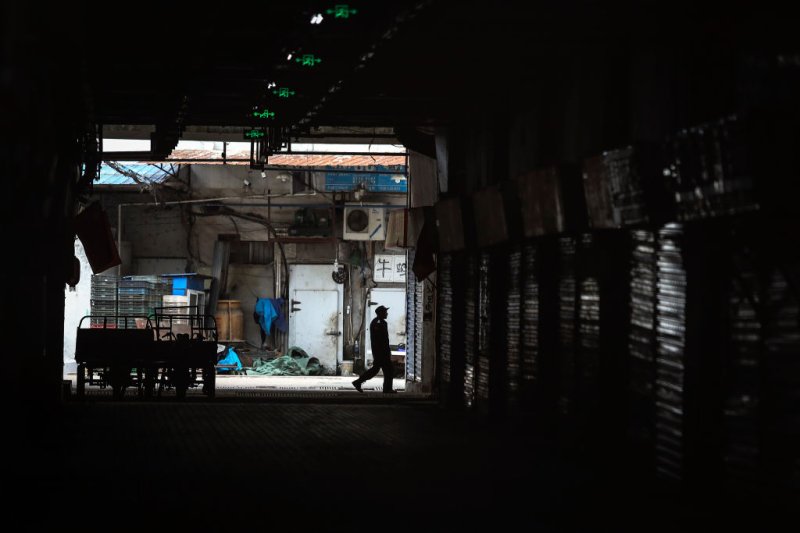 The confusion was caused by complications from dental work that made the 41-year-old man sick on Dec. 8. A fever and other symptoms caused by coronavirus started Dec. 16, after multiple workers at the Huanan market were already exhibiting signs of infection, including the seafood vendor whose symptoms began Dec. 11, according to a study Thursday in the journal Science.

The accountant lived 30 kilometers (19 miles) from the market and had no connection to it. He was probably infected through community transmission after the virus began spreading in Wuhan, said Michael Worobey, head of ecology and evolutionary biology at the University of Arizona in Tucson and the author of the study.

Worobey’s research suggests the Huanan market was the source of the initial outbreak and not just where the SARS-CoV-2 virus was amplified in a super-spreading event.

Scientists have yet to determine the origins of SARS-CoV-2. Debate about its genesis has coalesced around two competing ideas: a laboratory escape or a spillover from animals. Studies identifying closely-related coronaviruses, including in bats dwelling in limestone caves in northern Laos and in Cambodia, support the latter hypothesis, especially since live animals susceptible to the infection were known to be sold in wet markets in Wuhan, including the Huanan center.

No live mammals collected at the Huanan market or any other live-animal market in Wuhan has been screened for SARS-CoV-2–related viruses, and the Huanan market was closed and disinfected on Jan. 1, Worobey said.

“Nevertheless, that most early symptomatic cases were linked to Huanan Market — specifically to the western section where raccoon dogs were caged — provides strong evidence of a live-animal market origin of the pandemic,” he said.

Although it may never be possible to recover related viruses from animals since they weren’t tested as Covid-19 emerged, conclusive evidence of a Huanan market origin via infected wildlife may come through analysis of spatial patterns of early cases, he said. Additional genomic data, including SARS-CoV-2-positive samples from the Huanan market, as well as additional epidemiologic data, could bolster the case, Worobey said.

“Preventing future pandemics depends on this effort,” he said.