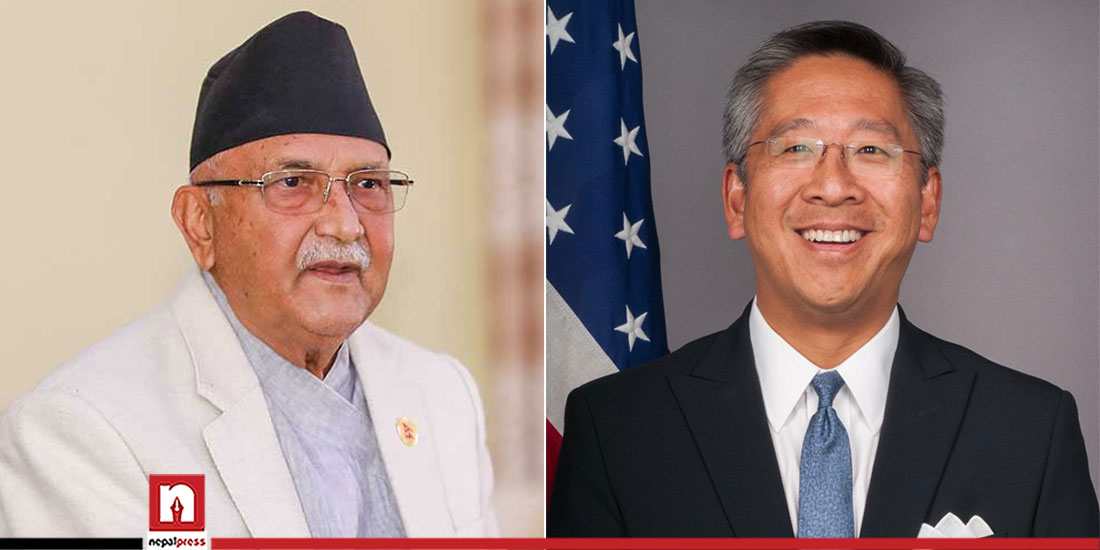 During the meeting, the Assistant Secretary asked Oli about his party’s opinion on the US Millennium Challenge Corporation (MCC) compact.

In reply, Oli said that his party has no clear position on the MCC as they are not part of the current government. He further said that the government has also not asked their opinion on the issue yet.

“The government had not discussed the issue with us when Fatema Sumar, vice-president of Compact Operations at the United States foreign aid agency Millennium Challenge Corporation came to Nepal and it has not asked our opinion when you came to Nepal,” UML leader Rajan Bhattarai, who was in the meeting, said as Oli saying.

Saying that there is a high possibility of clean energy in Nepal, Lu said that America and Nepal should fight together against the climate crisis.

He expressed his commitment that the United States is ready to help Nepal in its bid to fight against Covid-19 and to develop the health sector.

On the occasion, Oli thanked the United States for providing Covid-19 vaccines and medical supplies to Nepal. 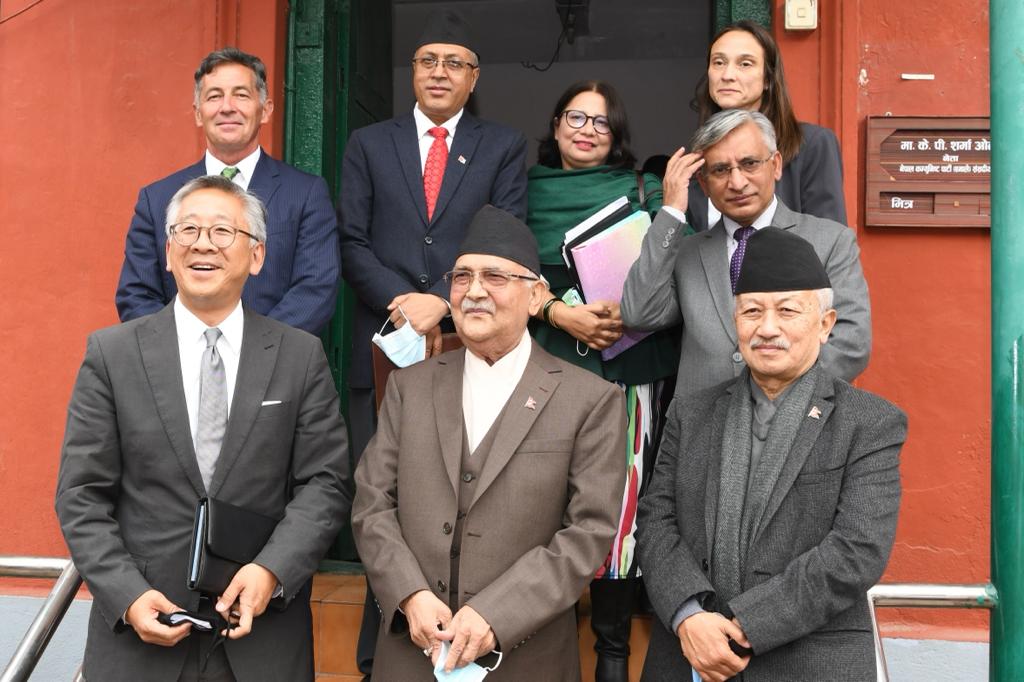 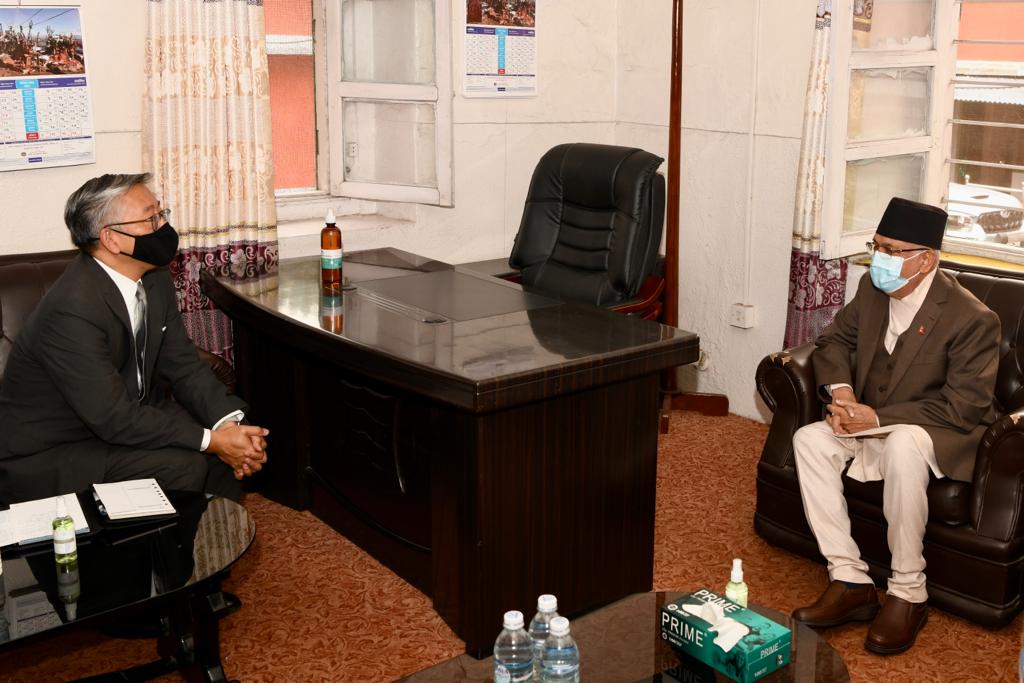