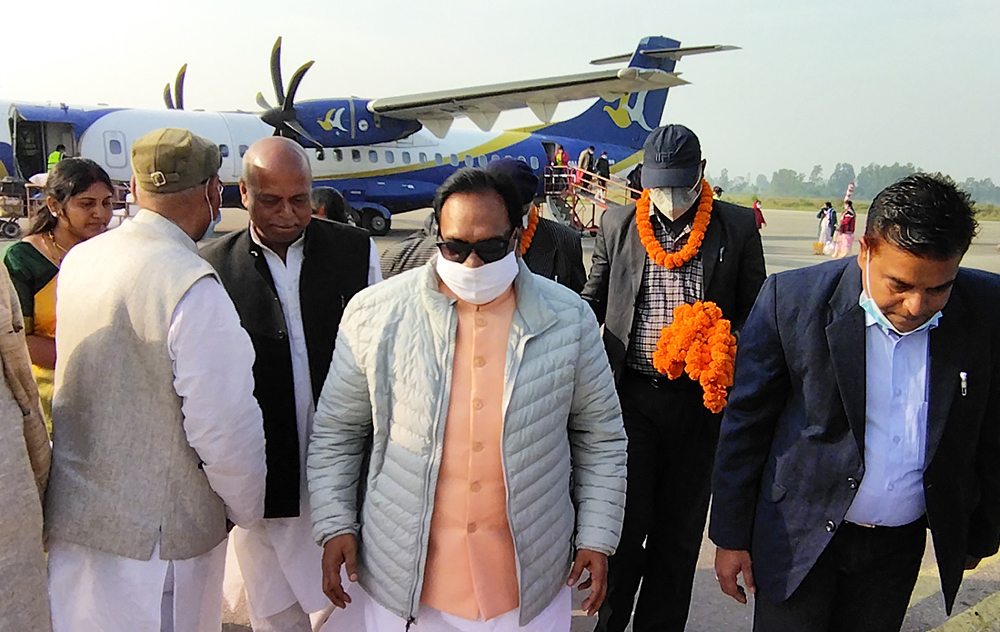 DHANUSHA: The government of India has decided to provide financial assistance of Rs one billion for the development of Janakpurdham soon.

Indian Prime Minister (PM) Modi had announced a financial assistance of Rs one billion for the development of Janakpur during his visit to Nepal back in 2018.

Spokesperson of the Bharatiya Janata Party (BJP), Vijay Sonkar Shastri, who arrived in Janakpurdham in course of a religious visit, has said that the monetary aid of one billion, which the Indian Prime Minister(PM) Narendra Modi had announced for the development of the Janakpurdham area, would be provided soon.

Talking in brief to journalists, Shastri said that the relation between Nepal and India is ancient and historical. He also mentioned that the government of India will provide the announced amount soon.

Shastri, who visited Janaki temple to worship and pay homage, met Ram Tapeshwor Das, the Mahanta of the Janaki temple.

Das suggested Shastri for taking initiatives regarding the smuggling of cows that is reportedly taking place from Nepal to India. He also asked to convey his message to PM Narendra Modi.