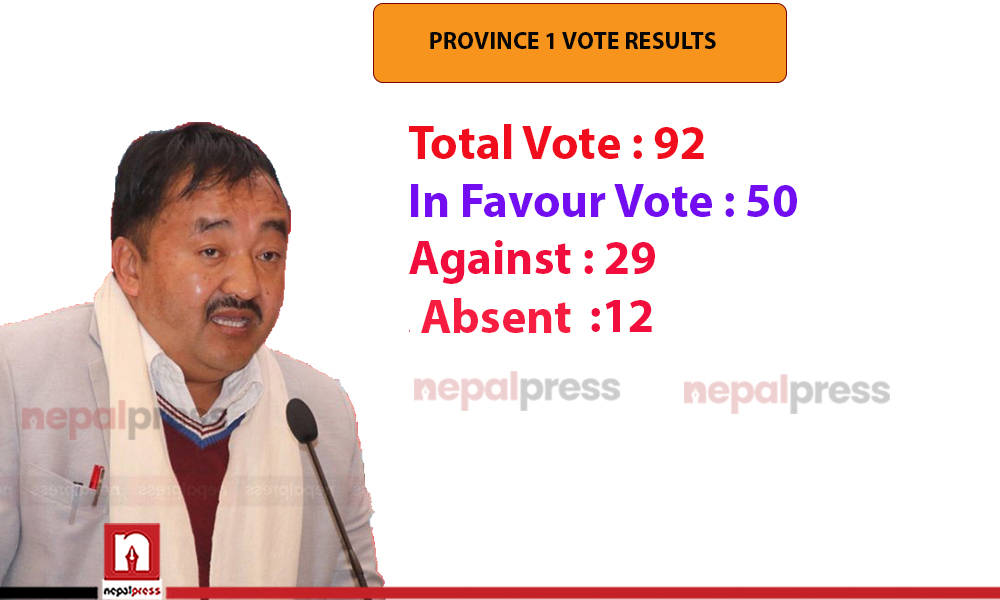 Minister Rai was backed by Nepali Congress and CPN (Maoist Centre) among others from the ruling coalition.

He received 50 votes while as many as 29 voted against him.

Only 79 members in the 92-member Province Assembly took part in the voting process.