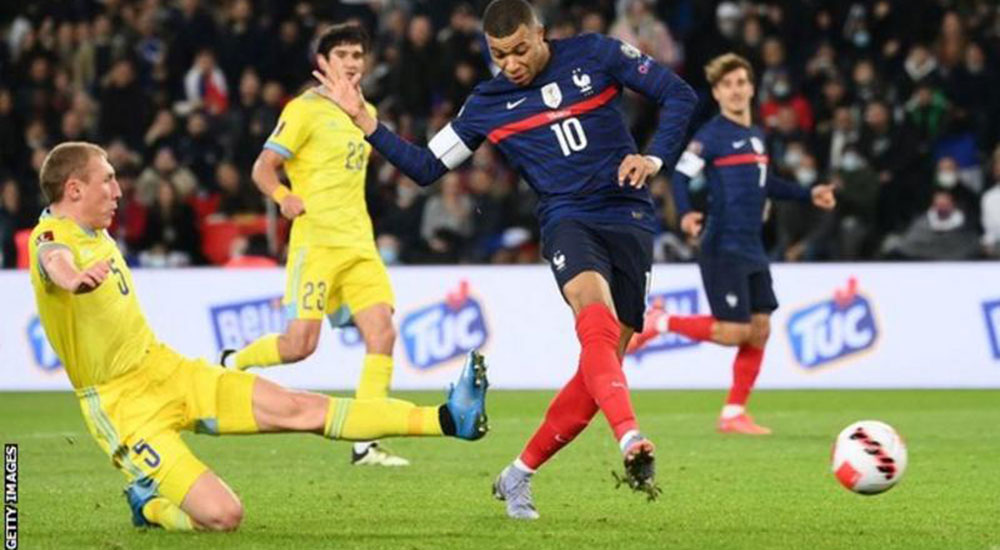 Big guns France and Belgium both confirmed their places in next year’s World Cup finals in Qatar after qualifying victories on Saturday night, Independent reported.

Kylian Mbappe struck four as France sealed their place at the top of Group D in style with an emphatic 8-0 thrashing of Kazakhstan in Paris.

The Paris St Germain star blasted a hat-trick inside the first 32 minutes before Karim Benzema bagged a brace to take Didier Deschamps’ men five clear before the hour mark, according to Independent.

A goal from Adrien Rabiot and an Antoine Griezmann penalty added to the carnival atmosphere at the Parc des Princes before Mbappe rounded off the night in style three minutes from time.

Belgium made sure of top spot in Group E with a 3-1 win over Estonia in Brussels, Independent reported.

Christian Benteke and Yannick Carrasco gave the home side a comfortable lead and despite a minor scare when Erik Sorga reduced the deficit, Thorgan Hazard’s effort effectively sealed the Belgians’ berth in Qatar.