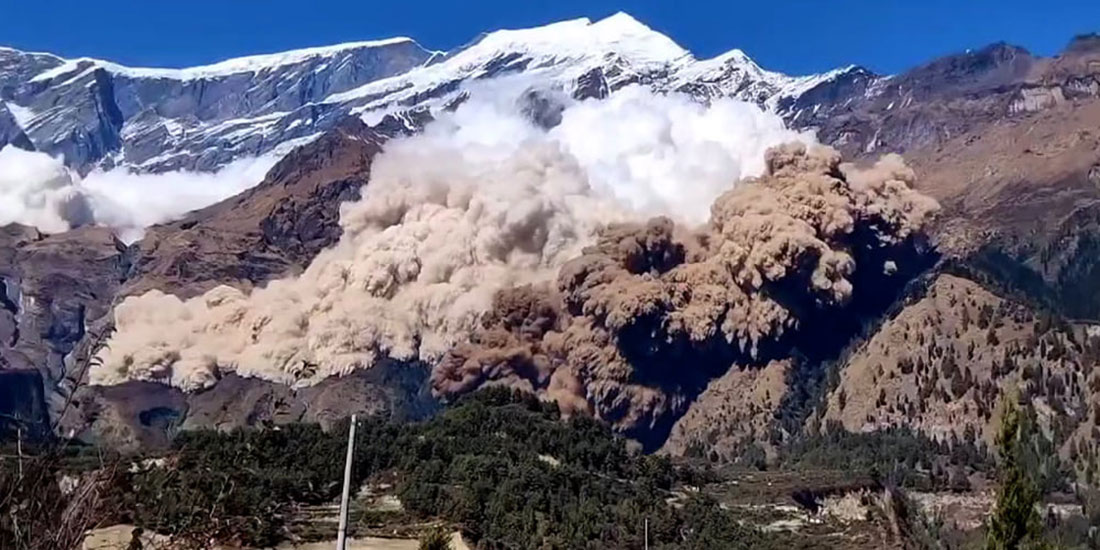 KATHMANDU: A huge avalanche originating from Mt Manapathi hits the area of the Kowang village of Mustang on Sunday.

Chief District Officer (CDO) of Mustang Netra Prasad Sharma told Nepal Press that the avalanche that fell from the Dhaulagiri Range ended up in the Boksi River of Mustang this morning.

No human casualties were reported in the avalanche according to CDO Sharma.

However, nine students of the local school were slightly injured as they ran away in panic after they witnessed the avalanche, Sharma said. Preparations are being made to bring them to Jomsom for treatment, he added.

The locals said that the area has witnessed the biggest avalanche ever.