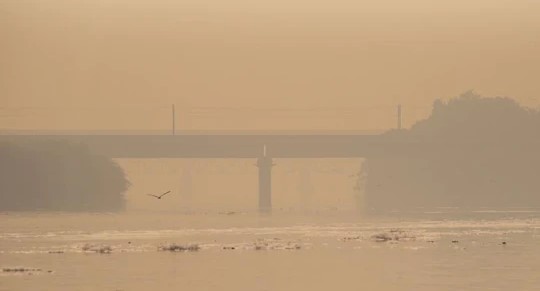 As the air quality level in Delhi plunged to near emergency levels, the pollution controlling authorities have asked people in the national capital to limit outdoor activities and told government and private offices to cut vehicle use by at least 30 per cent, Hindustan Times reported.

The air quality index (AQI) in Delhi was 471, according to the Central Pollution Control Board’s (CPCB) 4pm bulletin on Friday, the worst this season so far. It was 411 on Thursday.

A record number of farm fires are among the major reasons for pushing up Delhi’s pollution on Friday.

A sub-committee on Graded Response Action Plan (Grap) said meteorological conditions will be highly unfavourable for dispersion of pollutants till November 18 and agencies concerned must be fully ready to implement measures under “emergency” category.

After warning, parents have begun keeping their children at home as the days remain particularly dangerous for those with respiratory conditions.

“This spike in pollution is an amalgamation of many things. Delhi already saw peak pollution levels after Diwali and the high stubble count in Punjab and Haryana. Because of slow winds, the pollution load is not being eased, and more pollution is being added. All this is being recirculated in the air,” said VK Soni, head of IMD’s environment and research department.

According to an analysis of data from heat-sensing satellites done by Hindustan Times, there have been 24,694 incidents of fire recorded since November 8. This number is the highest for the second week of November since 2012, the earliest year for which data was available.

A layer of eye-stinging smog lingering over Delhi-NCR thickened on Friday, giving an orange tint to the sun and lowering visibility to 200 metres at several places in the region.