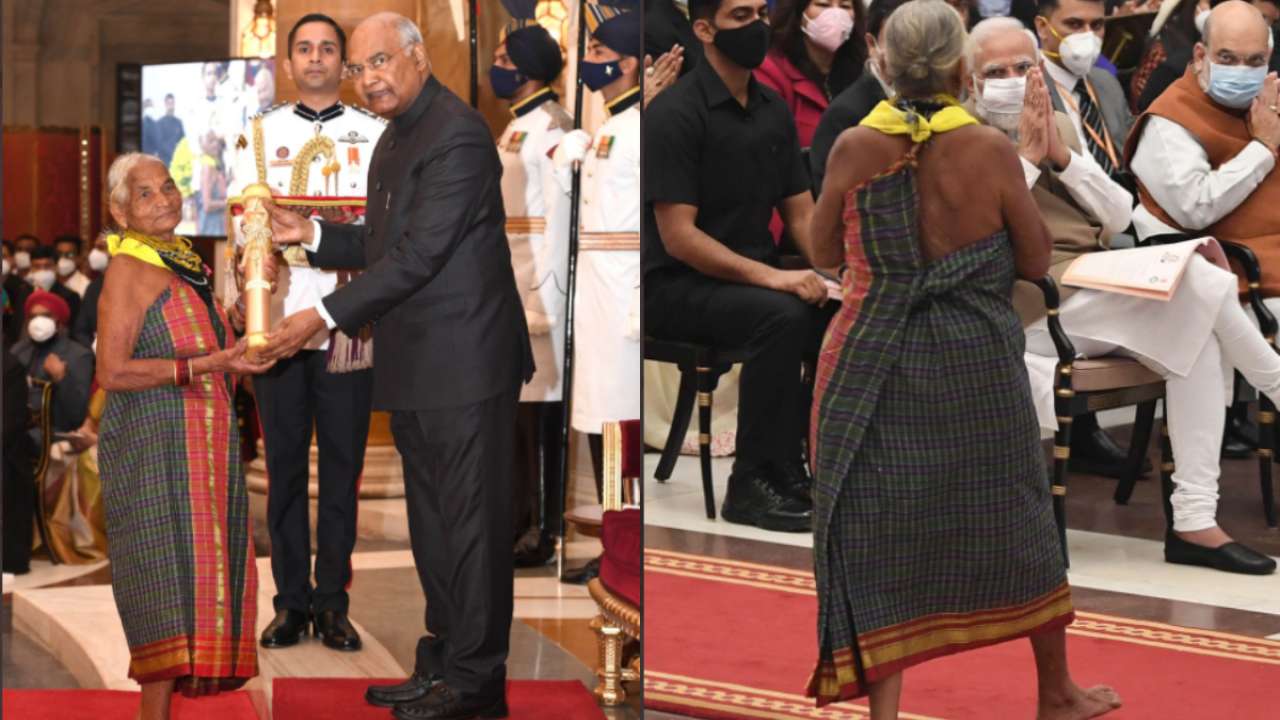 They were among the 61 Padma Shri awardees for the year 2020. What caught the attention of the nation was their humbleness in walking barefoot to receive the award, winning millions of hearts after their picture along with Kovind and PM Modi went viral.

“How could I?” was Harekala Hajabba’s rhetorical answer in humility to a query on why he went barefoot to receive the Padma Shri Award 2020 from the President. Hajabba, who could not afford even a pair of footwear to protect his feet earlier, has been seen donning from the past few years. But what took the Nation by surprise was him going on to the podium to receive the award barefoot. “You have been witness to my background from which/ where I came from. I’m an ordinary person with no background born in a non-descript village called Harekala. Such a person goes to receive one of the highest civilian honour and whom Do I see seated there? The President, The Vice President, the Prime Minister, the Home Minister and a host of dignitaries. Then all of a sudden thoughts of my parents came rushing to my mind. I remember them as people who did not have proper clothes, no footwear and could barely afford two square meals. So how could I, but not walk barefoot to receive an honour so great from the President himself with the Prime Minister, Vice President and all dignitaries,” said Hajabba in all modesty.

While Hajabba’s own illiterate status, opened his eyes to the plight of children in his village, Tulasi, who also had no formal learning, learnt from her mother and nature and used her innate knowledge towards safeguarding the environment. Both are heroes in their own right who contributed to the society without seeking any rewards.

Tulasi belongs to the Halakki indigenous tribe in Uttara Kannada district of Karnataka. She gained immense knowledge about plants while working alongside her mother when she was just 12. Now 60 years later, she has planted more than 30,000 saplings and is involved in environment conservation.