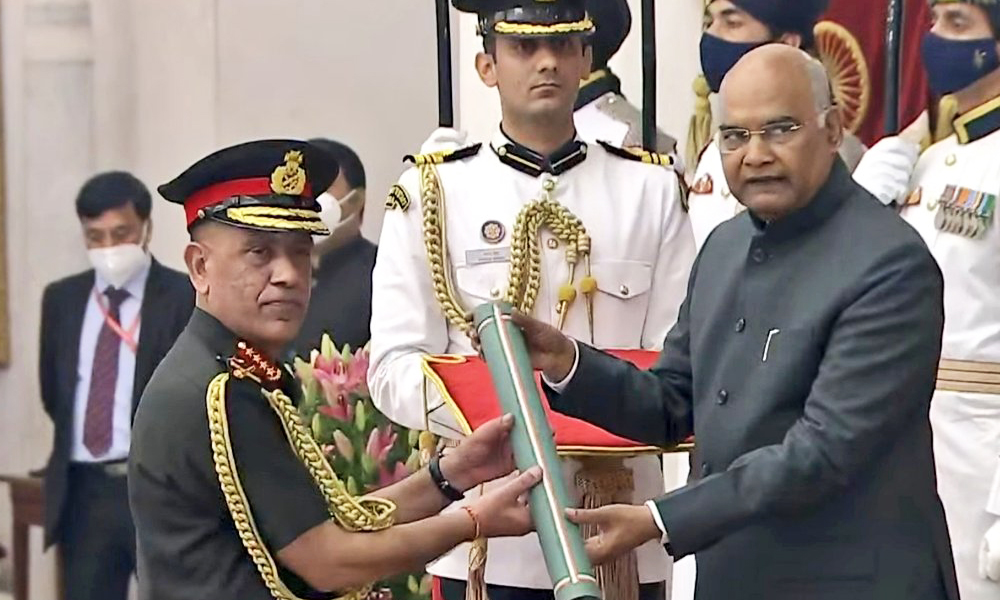 CoAS Sharma was conferred the rank insignia amid a special ceremony organised at the Rastrapati Bhawan in New Delhi, India.

It is in line with the tradition of exchanging honorary titles between chiefs of army in Nepal and India since 1950. 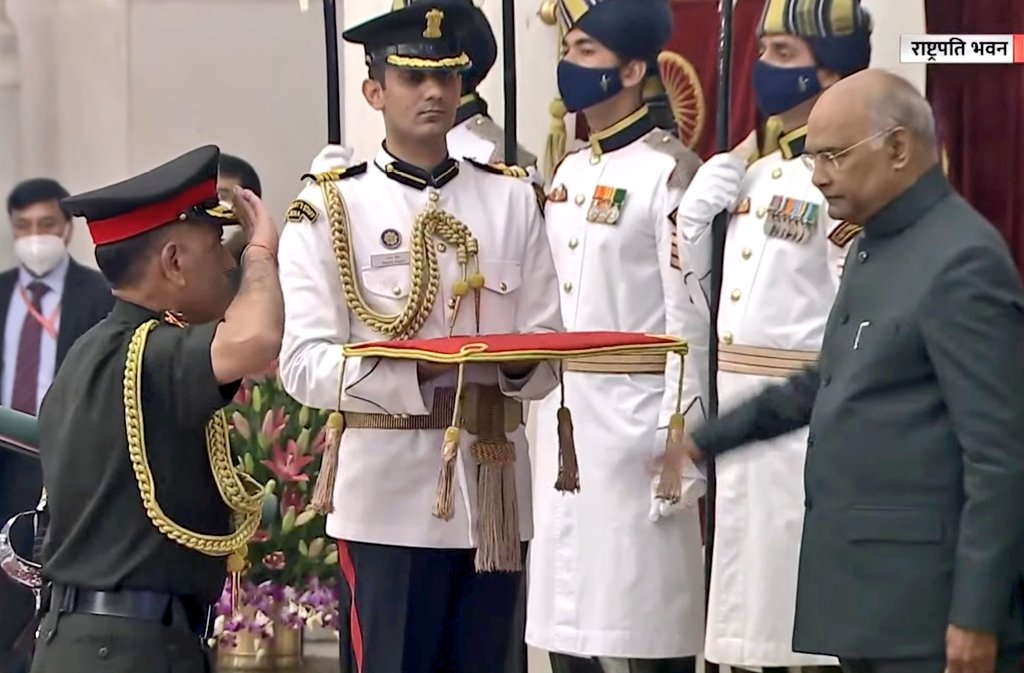 Nepal Army Chief Sharma had embarked on a six-day visit to New Delhi on Tuesday. He had left for India at the official invitation of his Indian counterpart General MM Naravane.

This is the first time that CoAS Sharma left for an official visit to India after assuming the office.

He was accompanied by his spouse Sunita Sharma and other Nepal Army officials.

According to a source, he is scheduled to meet high level political leaders of India.

During his first day of India visit, he held a meeting with his Indian counterpart General MM Naravane on Tuesday. 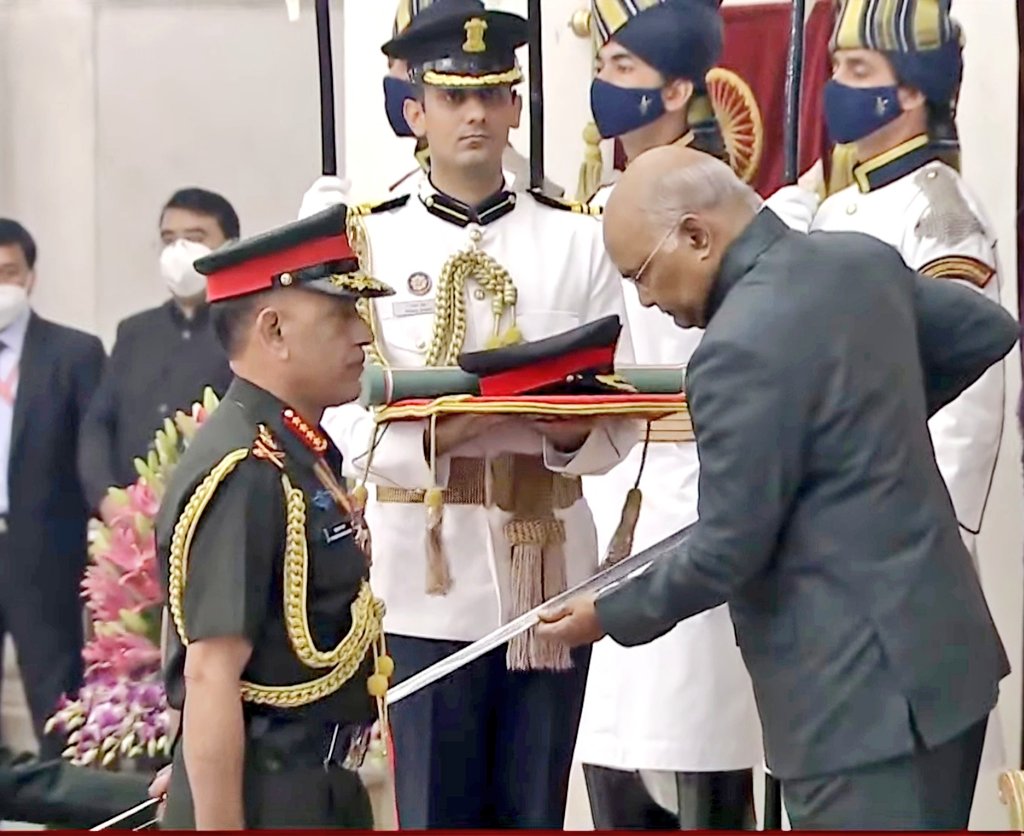