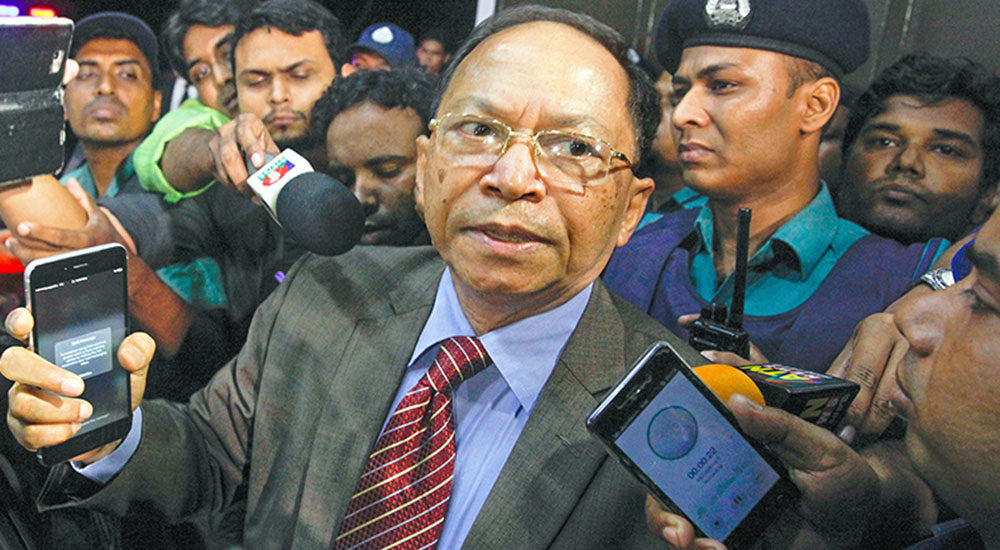 DHAKA: A court in Bangladesh’s capital on Tuesday sentenced a former chief justice to 11 years in jail for money laundering and breach of trust, Associated Press reported.

The Special Judge’s Court in Dhaka tried in abstentia Surendra Kumar Sinha, who currently lives in the United States.

Sinha served as chief justice for two years before leaving the country in 2017, months after a Supreme Court ruling under his term stripped Bangladeshi lawmakers of their power to sack the country’s top judges.

The special court set up to fight financial crimes and corruption said Sinha was found guilty of laundering $470,000 using his bank account in connivance with the officials of a private bank. The judge handed down seven years for money laundering and four years for breach of trust.

A 2018 investigation by the country’s Anti-Corruption Commission said it found evidence of fraud involving transactions of the money borrowed with fake documents by two businessmen, with the money later deposited into Sinha’s account. The former chief justice and 10 others were indicted.

The Supreme Court’s 2017 ruling under Sinha’s justiceship had restored a provision that proponents said bolstered judicial independence, by only allowing a top judicial council, led by the chief justice, to remove judges from their posts.

The ruling was praised by lawyers as a vital safeguard for a secular judiciary in the Muslim-majority nation of 160 million people.

Initially, Sinha went for a one-month leave and later he left the country for Australia. He resigned in November of 2017 from abroad.