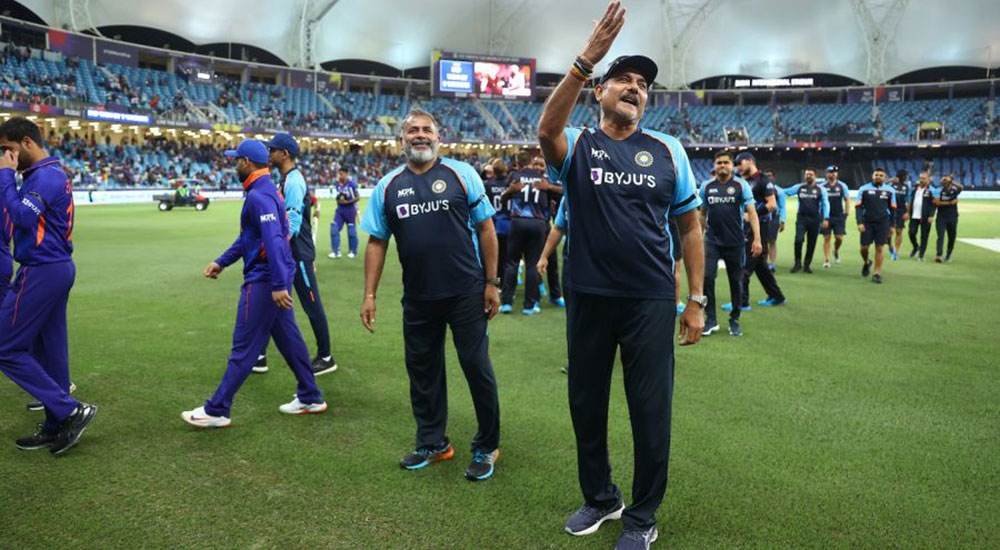 Out of semifinals contention, India made sure there was no slip-up with a complete performance: Limiting Namibia to 132-8 and overhauling that with 136-1 in 15.1 overs.

Spinners Ravindra Jadeja (3-16) and Ravichandran Ashwin (3-20) starred in the first half of the last Super 12 match, then Rohit Sharma — dropped by Michael van Lingen at short fine leg in the first over — and KL Rahul smashed half-centuries in the second half. Sharma made 56 and Rahul an unbeaten 54 off 36 balls.

The match was also the last for India bowling coach Bharat Arun and fielding coach Ramakrishnan Sridhar, while Virat Kohli captained India for the 50th and last time in T20s, according to Associated Press.

“Big thank you to all those guys,” Kohli said of the team staff. “They’ve done a tremendous job all these years … they were an extended part of our bigger family. They’ve contributed immensely to Indian cricket as well.”

Tournament host India, the favorite for the title, finished third in its group after losing both of its opening games to eventual semifinalists Pakistan and New Zealand.

“I know we have not gone far in this World Cup, but we have had some good results in T20 and enjoyed playing together,” Kohli said. “It’s a game of margins … you talk about two overs of cricket with intent in the first two games and things could have been different. We were not brave enough.”

Namibia had a campaign to be respected, and earned a solitary win against Scotland in the Super 12s.

Jadeja and Ashwin spun out the top order as Namibia slipped to 72-5 and then 94-7 in the 16th over. David Wiese top-scored with 26, according to Associated Press.

Captain Gerhard Erasmus tried seven bowlers to stymie India to no avail. Jan Frylinck got the consolation wicket when Sharma top-edged a slower delivery and was caught at point.

“Quick turnarounds between games, so we haven’t been able to really soak in the experiences,” Erasmus said. “Only once we go back we’ll be able to realize we played an awesome level of cricket. We can take a lot of positives.”