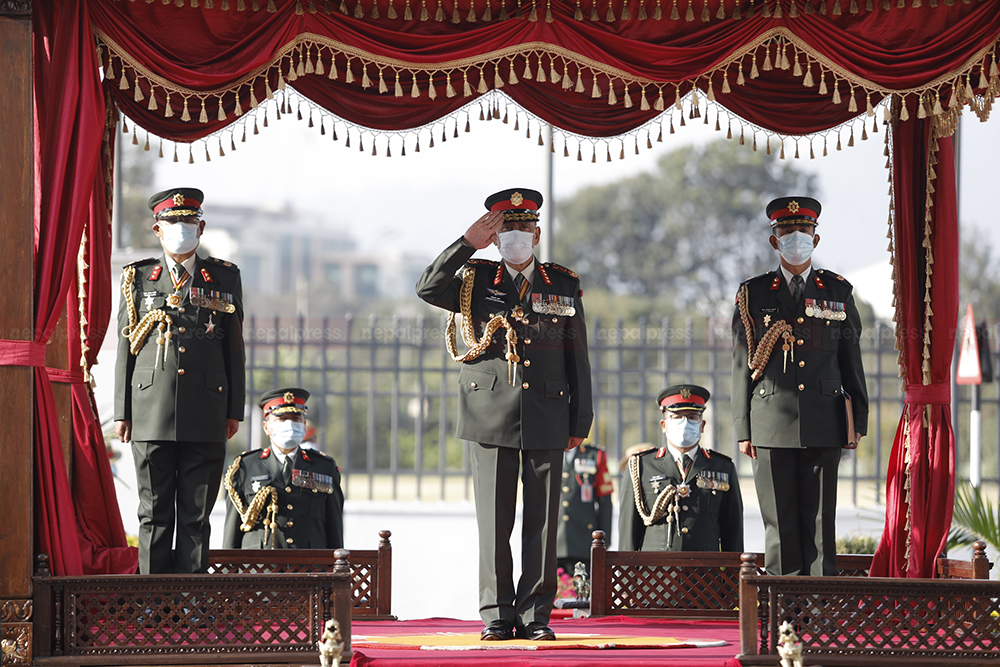 It is customary between Nepal and India to award honorary title to each other’s army chiefs.

Sharma had left for India with a nine-member team including his spouse Sunita Sharma.

This is the first time that NA Chief Sharma has embarked on an official visit to India after assuming office.

Before leaving for India, CoAS Sharma received a guard of honour at the Jangi Adda.

Indian Ambassador to Nepal Vinay Mohan Kwatra among other Nepal Army personnel were also present on the occasion.

He will receive the title of Honorary General of the Indian Army from from Indian President Ram Nath Kovind tomorrow. 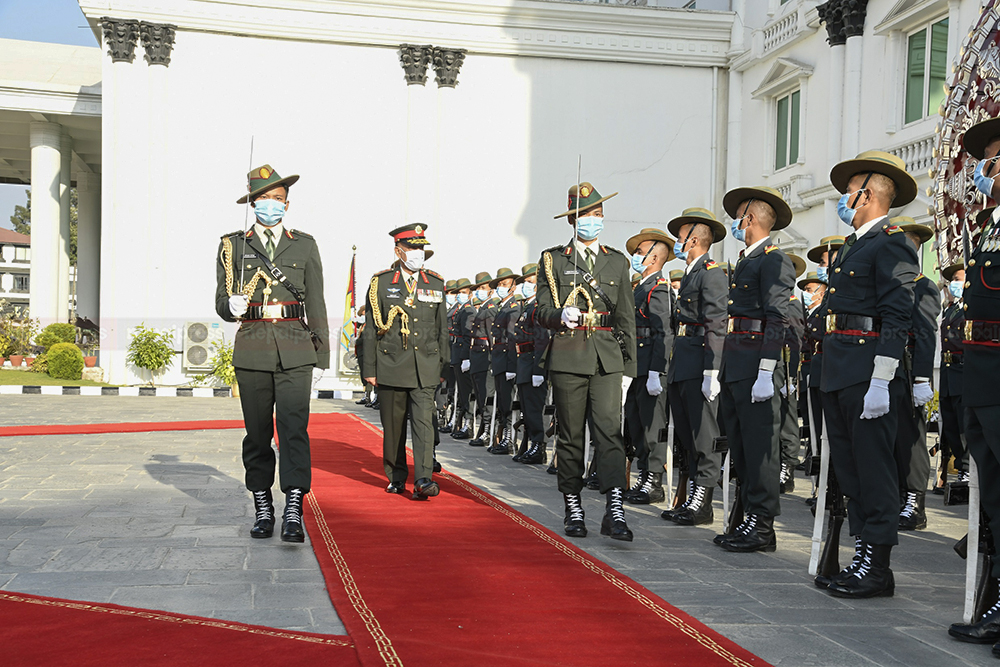 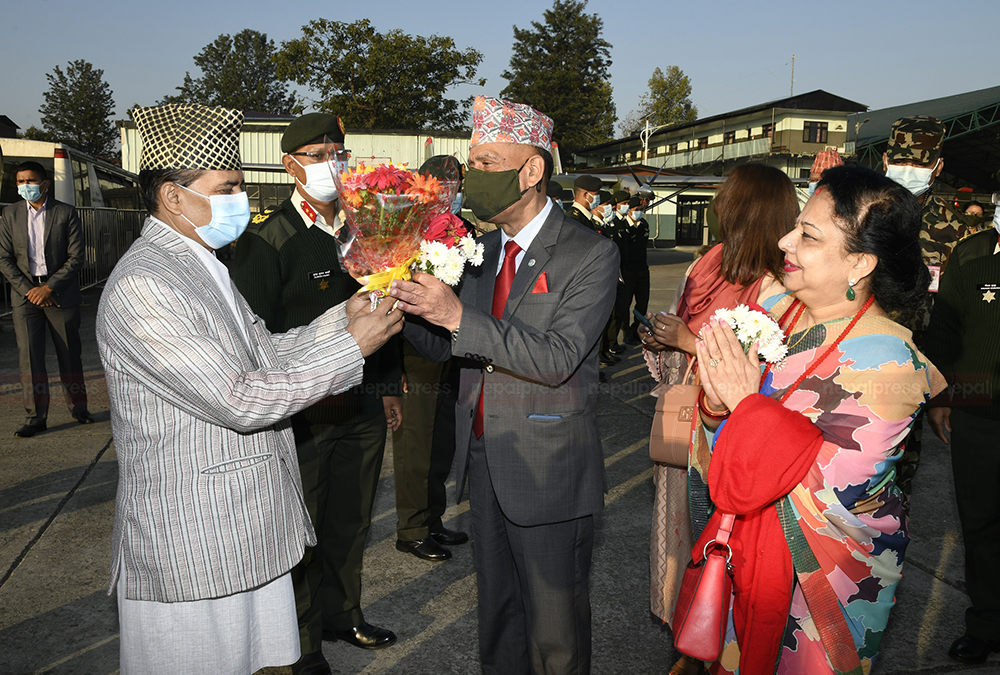 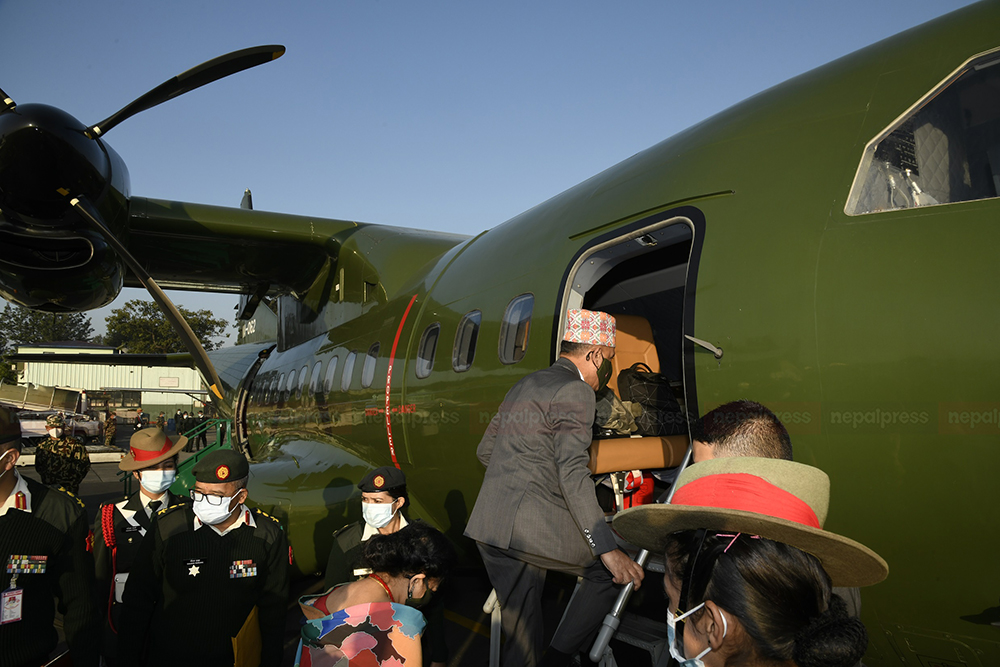