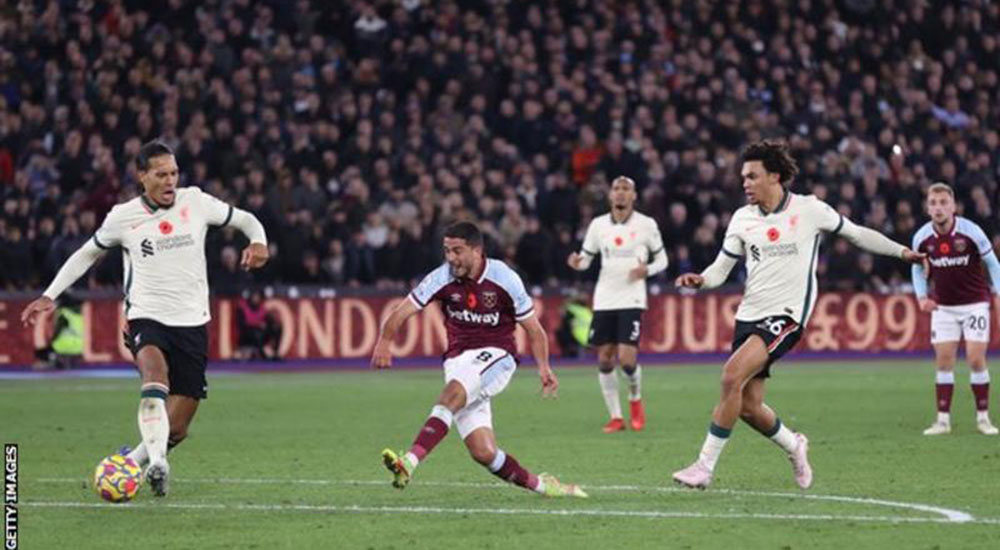 A 3-2 victory Sunday allowed West Ham to dislodge Liverpool from third place in the Premier League, extending an impressive start to the season for David Moyes’ side.

Alisson flapped in the air to allow Pablo Fornals’ inswinging corner to go through his hands in the fourth minute. After Trent Alexander-Arnold equalized at the end of the first half, Jarrod Bowen ran at the Liverpool defense before slipping the ball to Fornals whose shot was helped into the net by Alisson’s weak touch. Another assist came from Bowen in the 74th when a corner was headed in by Kurt Zouma through Alisson’s raised hands, according to Associated Press.

Although Divock Origi pulled one back, scoring on the turn, Liverpool couldn’t find another goal to avoid a first loss in any competition since being knocked out of the Champions League last season by Real Madrid in April. It’s even further back — into February — since the 2020 champions lost in the Premier League.

West Ham is now only three points behind leader Chelsea after finishing sixth last season for a highest finish since being fifth in 1999, Associated Press reported.