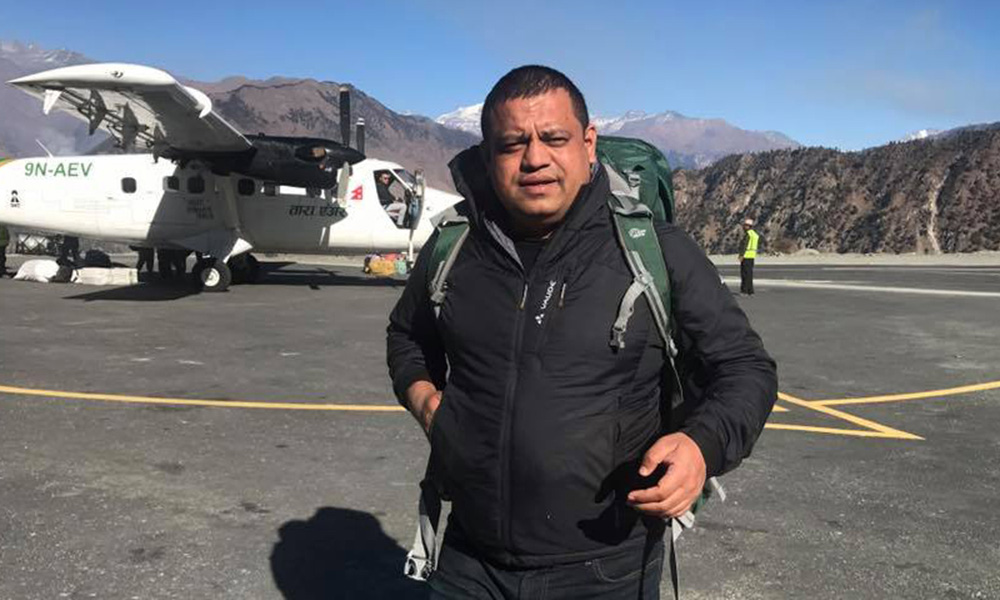 Regmi, who had returned to Kathmandu from London, had brought six bottles of liquor with himself.

According to a legal provision, a single passenger can bring no more than one litre of liquor from abroad.

Non-gazetted officer Suman Thapa of the Customs Office questioned Acharya when he saw him carrying six bottles of alcohol. Later, Regmi manhandled Thapa after getting distressed with his behaviour.

“I am the one to lead the country,” Regmi said while manhandling Thapa, the source said.

Following the incident, Regmi was fined Rs 5,000 as per Customs Act.

During the medical test, Regmi was found to be under the influence of alcohol, the source claimed.