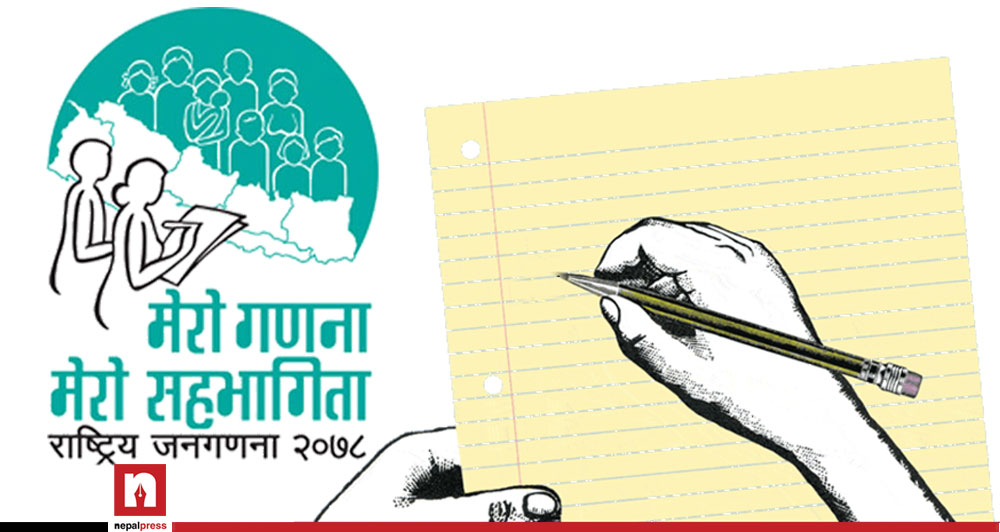 KATHMANDU: The Central Bureau of Statistics (CBS) has completed the preparations for the National Census 2021, aiming to reach every citizen’s doorstep. The national Census is being conducted from November 11-25.

Forty thousand enumerators and 8,016 superintendents have already been trained for this purpose. Coordination mechanisms have been set up from the centre down to the ward level for the National Census covering social, economic, geographical, physical infrastructure and other sectors.

The CBS has completed the task of enlisting house and household particulars. CBS stated that an enumerator has been assigned with the responsibility of reaching nearly 150 houses for the census. The census would be taken at an individual’s place of residence where that individual frequently resides.

CBS Director General Nebin Lal Shrestha said they have made preparations to collect data so as to augment the constitutional provision of guaranteeing the rights of all sections of society including the ethnic groups, castes, languages, gender, religion, classes, region and people with disabilities etc.

The CBS is under the National Planning Commission. Director-General Shrestha urged everyone to extend cooperation for the smooth conduction of the National Census, especially in the urban areas including in Kathmandu where this task is going to be quite challenging. He also urged people to provide all the information sought by the enumerators and warned that not doing so would be tantamount to breaking the law.

Stating the particulars of the census would be treated as confidential information, he said the CBS would conduct the National Agriculture Census after completing the National Census.

This is the first National Census after the promulgation of the new constitution. However, it is being conducted as per the Statistics Act 2015 BS. This census will prepare the disaggregated statistics on the basis of sustainable development goals, prosperity and good governance.

The constitution has the provision which states that statistics available from the national census should be linked to development planning.

The main questionnaires of the National Census are related to the economic activities, profession, details as per the production of goods and services, status of drinking water, fuel, communications media in the family, property in the name of women, domestic enterprises, estimation of maternal death and individuals in abroad employment etc.

The preliminary results of the National Census would be available in three months after its conclusion.

CBS Director Dhundi Raj Lamichhane said it is the responsibility of the local levels also to update the varied statistics in the automated information system for the purpose of development planning. He shared that the statistics from the national census would be useful for relief, rehabilitation and reconstruction purposes at times of disasters like earthquake since the statistics related to the house and house structure is being enumerated for the first time throughout the country.

Speaking at a media orientation programme organised by the Media Action Nepal in the context of the National Census 2021, UNFPA Nepal deputy representative for Nepal Dr Hashina Begam hoped for proper media space for the news relating to the national census going to be held amidst challenges posed by COVID-19 pandemic.

Federation of Nepali Journalists (FNJ) senior vice chair Ramesh Bista was of the view that programmes of the state priorities should also be the priorities of the media. He took time to urge the media to take the census-related issues as its own responsibility and create pressure to the authorities concerned for the collection of fact-based statistics.

MAN chair Laxman Dutt Pant said on the eve of the national census, around 200 journalists of all seven provinces were given orientation on the matter.  The national census in Nepal takes place every decade and the first census was held 109 years ago in 1911 during the regime of Rana Prime Minister Chandra Shumser. RSS