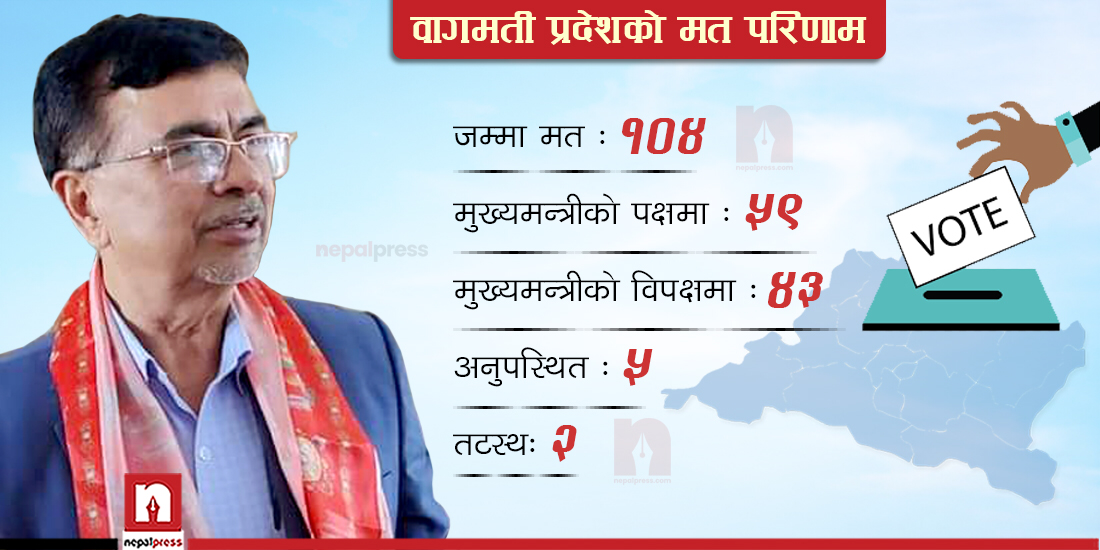 As many as 43 voted against and two lawmakers stayed neutral while five lawmakers remained absent.

The Province Assembly meeting has been postponed until further notice.

CPN (Unified Socialist) party Vice-Chairman Pandey was appointed as the Chief Minister of the Province with the backing of Nepali Congress and CPN (Maoist Centre) on October  28.