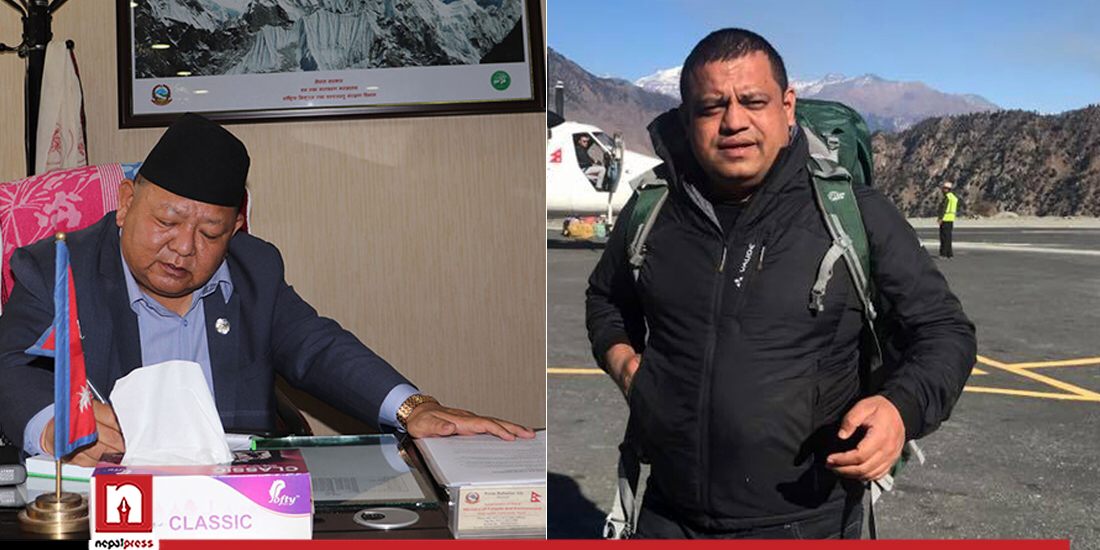 KATHMANDU: The Ministry of Tourism has asked clarification from the Nepal Tourism Board Chief Executive Officer (CEO) Dhananjaya Regmi regarding the incident at the Tribhuvan International Airport (TIA).

Regmi had manhandled a staffer of the Customs Office at the TIA while returning from London on Saturday.

According to a source, the Ministry asked Regmi to furnish written clarification within three days at the direction of Tourism Minister Prem Ale.

Minister Ale had also inquired about the incident by calling Regmi at the Ministry this afternoon.

After the Minister was not satisfied with Regmi’s clarification, he directed him to furnish written clarification within three days.

The Ministry will start preparations to take action against Regmi if his clarification is not found satisfactory.

It has been learnt that the Ministry was not satisfied with his performance since early days.

Regmi manhandled non-gazetted officer Suman Thapa of the Customs Office after he questioned the former for carrying six bottles of liquor with himself.

According to a legal provision, a single passenger can bring no more than one litre of liquor from abroad.

Following the incident, Regmi was fined Rs 5,000 as per Customs Act.

During the medical test, Regmi was found to be under the influence of alcohol, the source claimed.