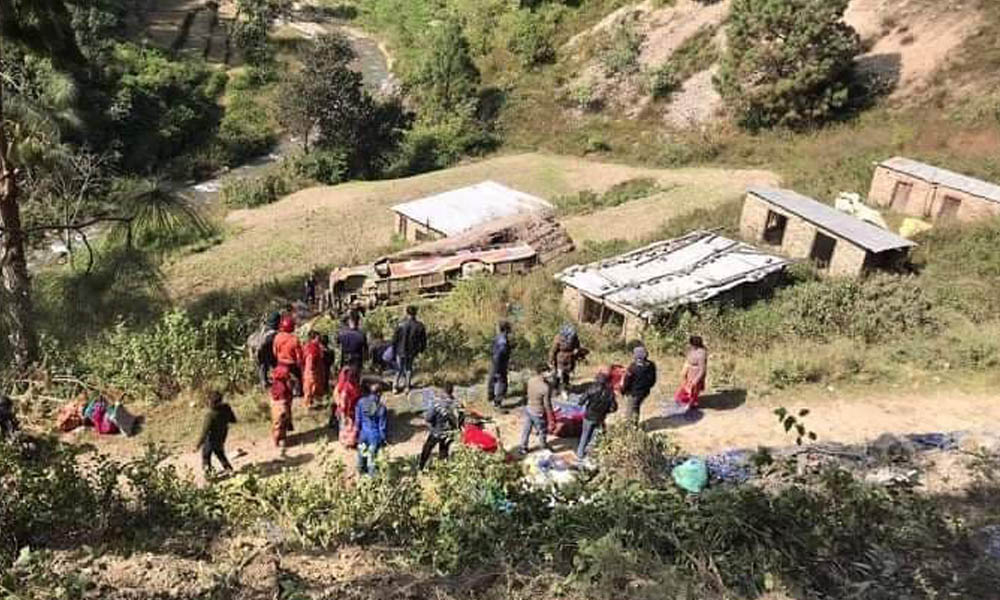 The deceased has been identified as Tilak wali(29) of Salyan district, Indra Adhikari(65) and kalawati Budhathoki (70) of Dang district.

DSP Govinda Thapa of the District Police Office said that preparations are underway to take six critically injured in incident to Kathmandu through a chopper.

8 killed as bus falls off road in Salyan

SALYAN: At least eight persons died when a bus they were traveling in met with an accident near Kharkhola in Kapurkot, Salyan on Sunday.

The ill-fated bus (Na 2 Kha 2552) was heading towards Tulsipur of Dang from Khalanga of Salyan when the incident occurred, DSP Govinda Thapa of the District Police Office said.

He said that there were as many 30 persons on board when the incident took place.

It has been learnt that the bus fell some 200 metres down the road.