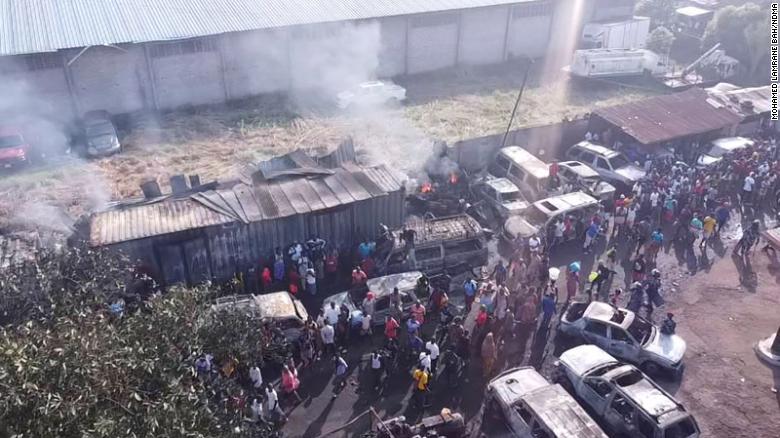 At least 91 people died on Friday after a fuel tanker exploded in a suburb of Sierra Leone’s capital, Freetown, according to authorities in the West African country, CNN reported.

Authorities have transferred injured people to hospitals and collected the bodies, and the rescue effort at the scene has ended, Bah added.

Freetown Mayor Yvonne Aki-Sawyerr said in a statement on Facebook that she was “saddened to hear about an explosion along Bai Bureh Road, Wellington, after a truck carrying fuel collided with another truck.”

“My sympathies go out to the families and loved ones of the victims of the explosion. May the souls of the departed rest in perfect peace.”