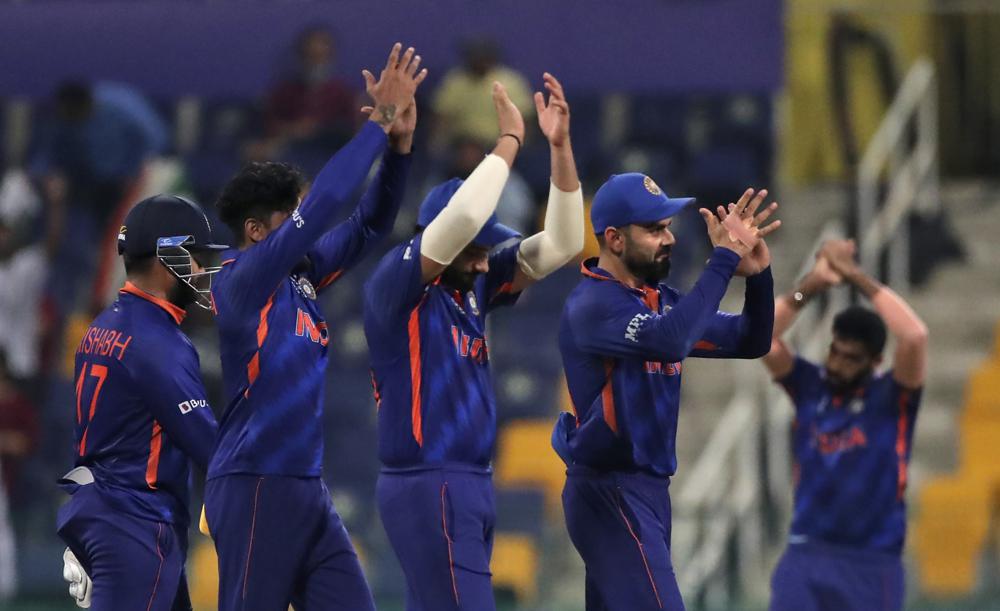 Rohit smashed 74 off 47 balls and Rahul made 69 off 48 deliveries in India’s mammoth total of 210-2 after captain Virat Kohli lost his third successive toss and was asked to bat first.

Hardik Pandya (35 not out) and Rishabh Pant (27 not out) provided a brisk finish by hammering 65 runs in the last four overs as Afghanistan’s premier bowler Rashid Khan returned with a rare unimpressive figure of 0-36.

Afghanistan never looked likely to come close before finishing on 144-7 to lose its second game in four matches. Ravichandran Ashwin, playing his first game of the tournament, picked up 2-14 and buckled Afghanistan in the middle overs with fellow spinner Ravindra Jadeja, Associated Press reported.

“Much better wicket as well,” Kohli said. “In the other two games as well, if we just had two overs of that free-flowing batting capability, that could have sent the message to the opposition that we’ve put them under pressure.”

Karim Janat, who reached 1,000 runs in T20 internationals, remained unbeaten on 42 off 22 balls to narrow the margin of defeat.

Despite the big win, India’s slim chance to progress into the semifinals depends on whether it can beat Scotland and Namibia by big margins while other results also go in its favor.

Net run-rate was on the back of our mind,” Kohli said. “We spoke in the team meeting that we have to focus on the chance we have (to qualify for the semifinals) and stay positive and hunt that chance down.”

India lost to archrival Pakistan by 10 wickets and to New Zealand by eight wickets before its top order batsmen finally came good in the third Group 2 game.

Rohit’s elevation back as an opener after being demoted in the last game against New Zealand paid off as Afghanistan’s seamers and spinners couldn’t stem the flow of runs.

Afghanistan’s decision to prefer Sharafuddin Ahmed ahead of in-form spinner Mujeeb-ur-Rahman didn’t bear fruit as the leftarm spinner was taken out of the attack after conceding 25 runs with the new ball.

Rohit hit eight fours and three sixes and Rahul smashed six fours and two sixes before both fell in the space of seven runs. Rohit holed out to extra cover in the 15th over and Rahul was beaten by Gulbadin Naib’s slow yorker while attempting a scoop against the right-arm seamer.

But Pandya and Pant then punished Afghanistan seamers Naveen-ul-Haq (0-59) and Hamid Hassan (0-34) in the death overs to post the first score above 200 runs in the tournament.

“We wanted to bat second because of the dew, and the wicket looked really good for batting,” Afghanistan captain Mohammad Nabi said. “In the end there wasn’t that much dew, but India batted well on this pitch and put our bowlers under pressure. We didn’t rotate strike well in the middle (overs), threw away our wickets and got under pressure.”