11:02 am auspicious time for Bhai Tika 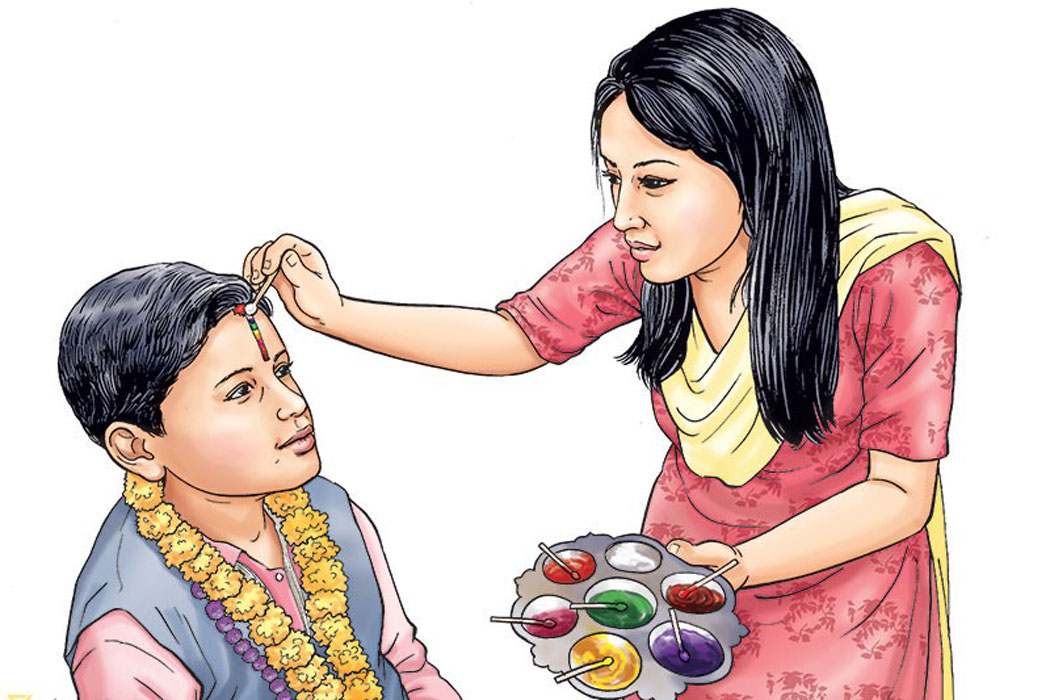 KATHMANDU: Tihar, the second biggest festival of Nepali Hindus also known as Yam Panchak is beginning from today. The festival is being observed for five days.

The first day of Tihar (Yam Panchak) Kaag Tihar. The day is observed by feeding crows. Crows are regarded as messengers in Nepali society.

The fourth day of Tihar is known as Goru Puja which is observed by worshipping ox while the fifth and the final day is Bhai Tika – the day when brothers receive Tika from their sisters.

“Although Yamadipana falls on Tuesday (today), the Kaag Tihar is celebrated tomorrow as per lunar calendar this year,” Adhikari said, adding the time for Kaag Tihar is only till 7:17 am then the time begins for Kukur Tihar.

People from the Newar community celebrate the fourth day of Yam Panchak as Mha Puja – worship of own soul.

The auspicious time for Bhai Tika this year is 11:02 am Saturday (November 6), he added.

Tihar is also known as the festival of lights. During the festival, people decorate their houses with colourful lights, flowers and oil lamps.

They celebrate the festival by eating various delicacies, including sweets and sel roti.

Organizing deusi-bhailo and worshipping various animals and birds are significant aspects of this festival. (RSS)