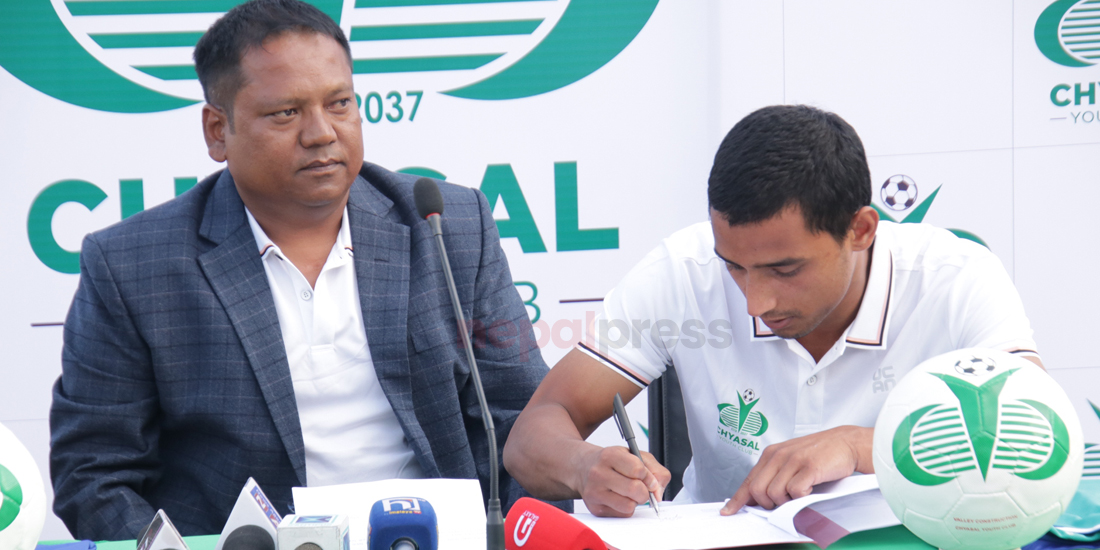 Meraglia, who has already played for different Italian clubs like Atalanta, arrived in Kathmandu this week.

During a press conference organised in the Chyasal ground on Friday, Meraglia signed a contract with the team in the presence of Chyasal Youth Club Chairman Ramesh Byanjankar.

He landed at the Tribhuvan International Airport from Italy on a Fly Dubai flight on Tuesday night. He was welcomed by the officials of Chyasal Youth Club.

An Italian couple adopted him when he was six-year-old and took him to Italy in 2008.

According to the Transfer Market Data, Meraglia made his debut in Italian U16 on October 17, 2017.

“Thank you everyone for the love you have shown to me.  I can’t describe this moment in words. I’m back in Nepal after 13 years,” he said upon his arrival at the TIA.