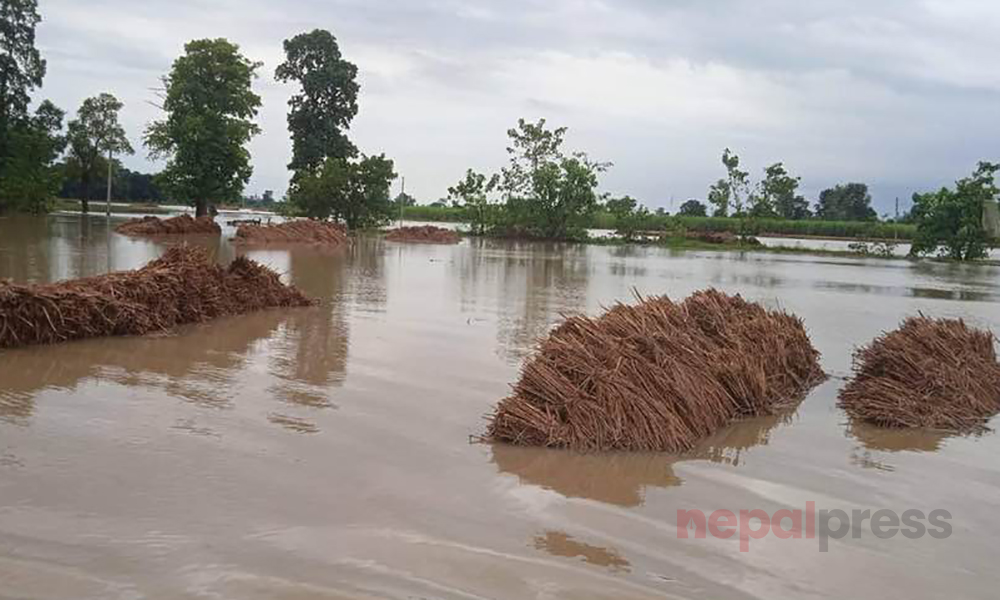 KATHMANDU: Torrential rainfall for the past three days destroyed ready-to-collect paddy in various districts of the country.

The farmers are in distress after the unseasonal rains destroyed their ripe paddy crops within three days.

According to the Ministry of Agriculture, the unexpected autumn rains have destroyed paddy crops planted in around 200,000 hectares of land.

Economists said that the damage of paddy crops will have an adverse impact in the economy of the country.

The heavy rains have destroyed paddy in Banke, Bardiya, Kailali, Kanchanpur and Surkhet among other places of the Tarai region.

The farmers were planning to collect the paddy from the fields after Dashain, the biggest and longest festival of Nepali Hindus. 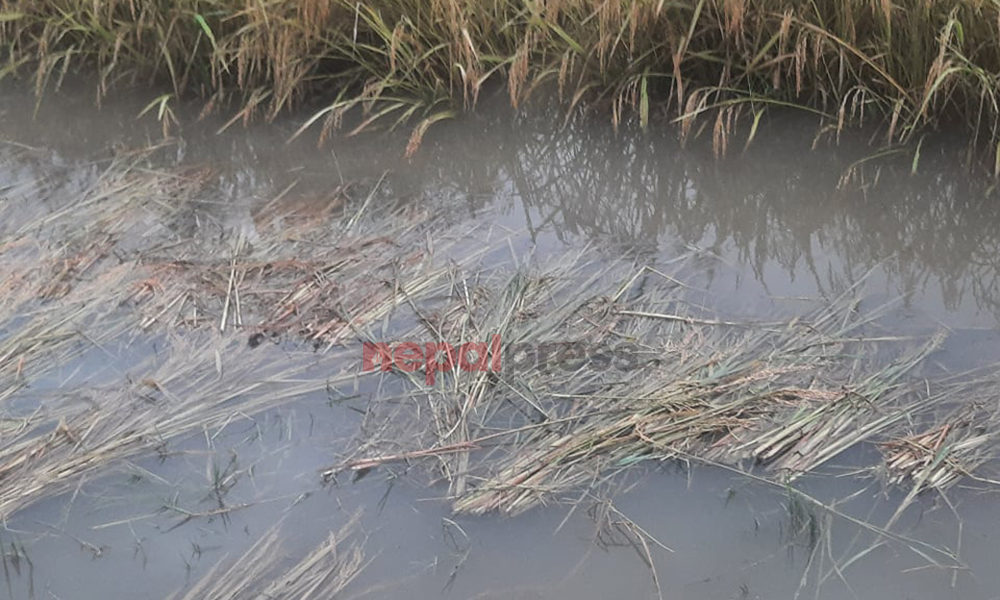 The Agriculture Development Directorate of all the seven provinces said that 8 percent of the paddy production has been ruined by the incessant rainfall. Some provinces are collecting additional details of the damage.

Minister for Agriculture and Livestock Development Mahendra Raya Yadav said that the ministry has asked the Ministry of Agriculture of all the provinces to provide details of the damage.

“The government will bring in a relief package for the agriculture sector after it gets the details,” he said, adding,” We are holding discussions with Prime Minister Sher Bahadur Deuba on the same issue. The government has understood the problems of the farmers.”

Economist Rameshwor Khanal said that the damage caused by the unseasonal rain to the paddy crops will affect the gross domestic product of the country.

“Our Gross Domestic Product will drop by 0.5 percent if the paddy production declines in the country,” he said.

He was of the opinion that the government should provide relief to the farmers at the earliest.

If the production of paddy declines, the country has to import rice from India among other countries. As a result, the trade deficit will also increase.

Meanwhile, though the government has launched an agriculture insurance programme, the farmers have not been attracted towards it.

The farmers would have got the compensation, had they registered for the agriculture insurance.