One held with 8 million rupees undeclared money from Bhaktapur 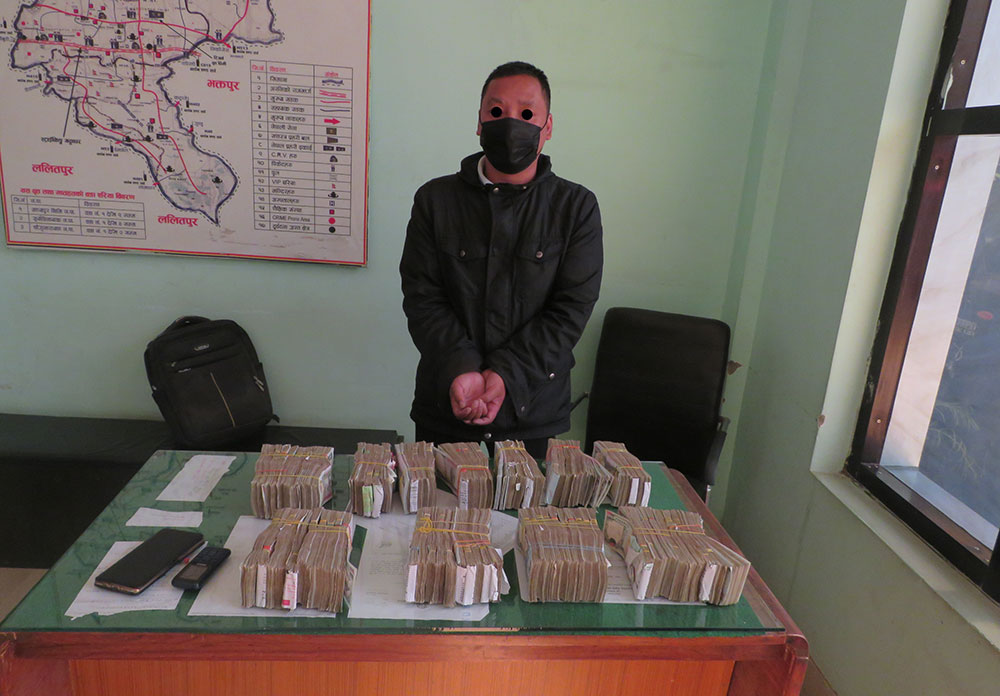 Police said that they arrested Pun along with 3 million rupees undeclared money hidden inside the dicky of a scooter (Ba 49 Pa 8565) during a security check near Lokanthali-based Manohara Eye Hospital in Madhyapur Thimi, Bhaktapur at around 8 pm yesterday.

During the interrogation when police came to know that Pun had hidden additional 5 million rupees in his rented room in Koteshwor, a police team deployed from the Metropolitan Police Circle, Thimi, Bhaktapur raided the room and recovered the cash.

Pun along with the confiscated money and scooter has been sent to the Department of Money Laundering Investigation (DMLI) in Pulchowk, Lalitpur for further investigation.

Pun is suspected to be a hundi operator.