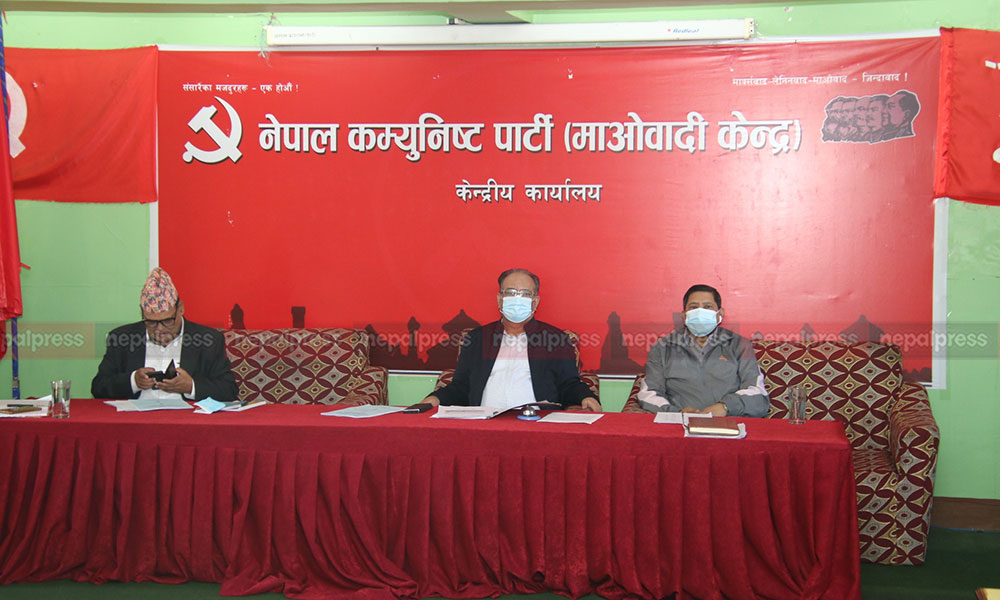 KATHMANDU: CPN (Maoist Centre) has given full shape to its 33 central departments and named their chiefs.

A Standing Committee meeting of the party held on Thursday formed the departments with a maximum of 35 members.

Party spokesperson Krishna Bahadur Mahara said that the meeting has also formed a Policy Research Academy apart from the departments.

Ram Chandra Jha has been appointed as the Chief of the Academy and Chairman Pushpa Kamal Dahal himself is the in-charge of the School Department of the party.