3 climbers among 4 missing in Mera Peak come into contact 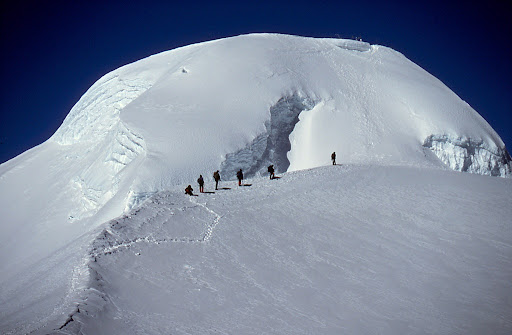 KATHMANDU: Three climbers among the four, who had gone missing while climbing down the Mera Peak, have come into contact on Wednesday.

They went missing after a heavy snowfall in the area. The two teams of mountaineers had gone to climb the peak on October 8 by taking permission from the Association.

Among the two teams, one team comprised 15 Nepali mountaineers.

Following the heavy snowfall, three stayed in a cave while others had returned to the base.

Later, they were rescued from the cave. Among them, the British national is said to be critical.