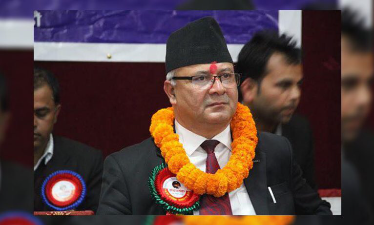 The party has nominated Upadhyay as the alternative central member at a time when the leaders have been expressing their dissatisfaction for appointing central members against party’s statute.

Engineer by profession, Upadhyay was appointed as the Chief of Department of Science and Technology.

He has been nominated as the 323 members of the party.

Similarly,  Nepal’s nephew has been nominated as a member of the Central Council.

Nepal had appointed his another brother Binod Kumar Upadhyay as the Consul General when he was appointed as the Prime Minister.