8 killed as jeep skids off road in Ghandruk 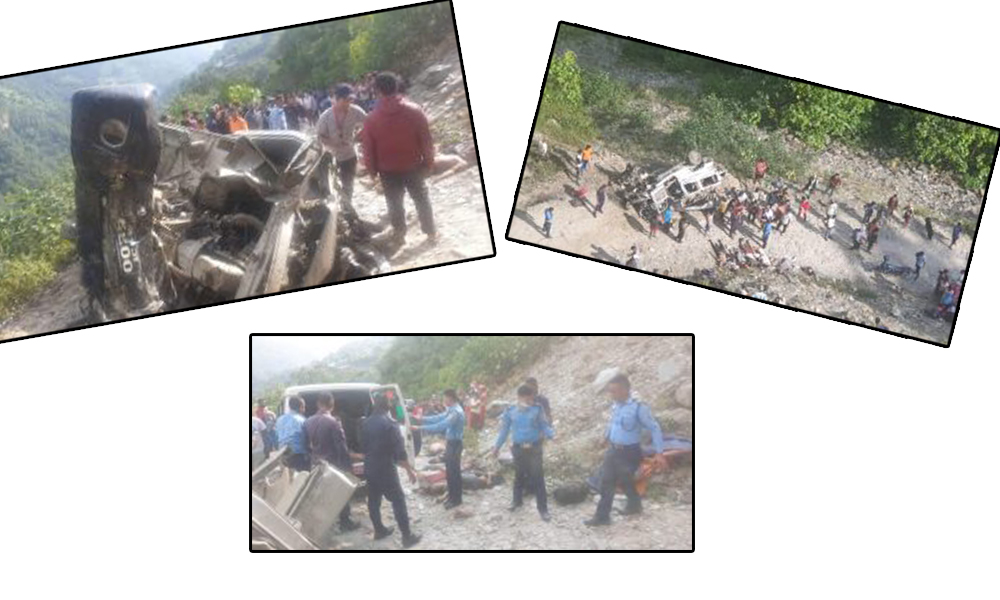 POKHARA: As many as eight persons including the driver died in a jeep accident at Ghandruk in Kaski district on Monday.

He said that Devika Ghising (20) of Gongabu sustained minor injuries in the incident that occurred at around 1:30 pm today.

It has been learnt that the ill-fated jeep (Ga 1 Ja 6900) veered off the road and fell into the Modi River. The jeep had left for Ghandruk from Nayapul.

The deceased had arrived in Ghandurk from Kathmandu to spend Dashain holiday.

Preparations are underway to take the bodies to the Pokhara Health Science Academy (Western Zonal Hospital).

Chief District Officer of Kaski Jaya Narayan Achary said that he along with his team are heading towards the incident site.