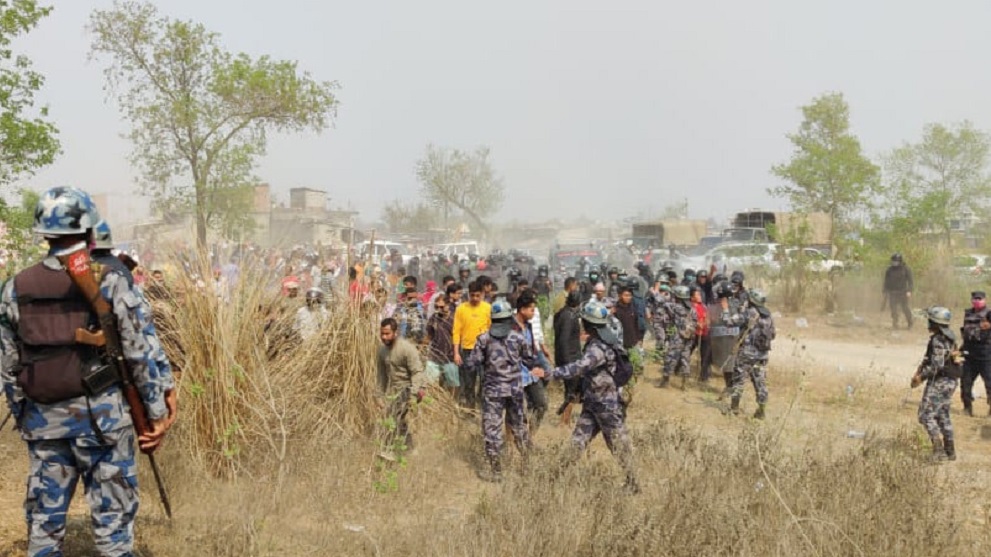 RUPANDEHI: Tension ran high in Rupandehi after a clash erupted between police and squatters living in the Motipur Industrial Area on Sunday.

Police had to open the fire after the people, who were trying to encroach the land of industrial area, pelted stones at them.

Police said that three locals and three Armed Police Force (APF) personnel were injured in the police firing. They are undergoing treatment at the Lumbini Provincial Hospital.

It has been learnt that the people were trying to encroach around 200 bigha land of the industrial area.

Satya Narayan Thapa, spokesperson at the District Police Office, Rupandehi, said that the incident occurred when police tried to evict the people from the encroached land.

Earlier on March 14, 2016, the government had announced to construct industrial area in Motipur of Rupandehi.

The then Finance Minister Bishnu Paudel and Industry Minister Lekhraj Bhatta had laid the foundation stone for the construction of industrial area.

Chief District Officer of Rupandehi Rishi Ram Tiwari said that the clash broke out after the people attacked the police personnel who reached the incident site to evict them from the encroached land.