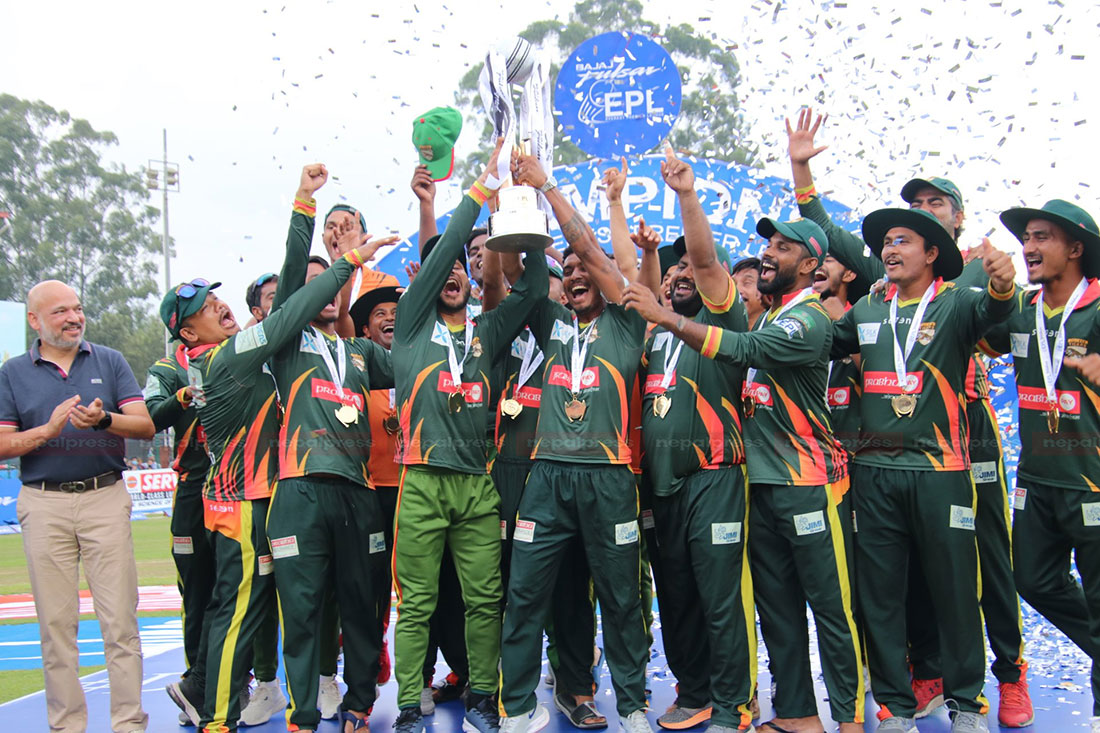 In the match played at the TU Ground in Kirtipur on Saturday, Chitwan Tigers won the toss and invited Pokhara Rhinos to bat first. Pokhara Rhinos scored 111 runs in 17. 5 overs losing all the wickets.

Pokhara made a good start with openers Richard Levi and Bipin Rawal sharing a 37-run off 21 balls in partnership.

Along with the title, Chitwan collected a cash purse of Rs 5 million and Pokhara earned Rs 1.5 million.

This is the largest amount ever received by the winner of any competition in the Nepali cricket. 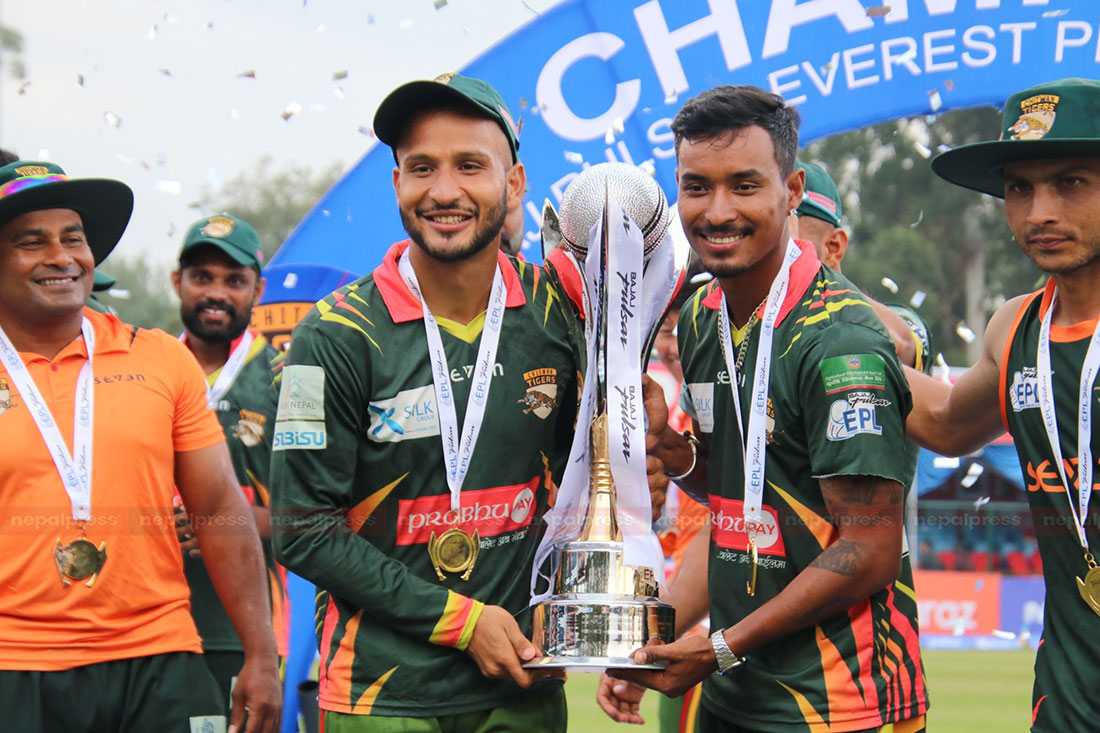 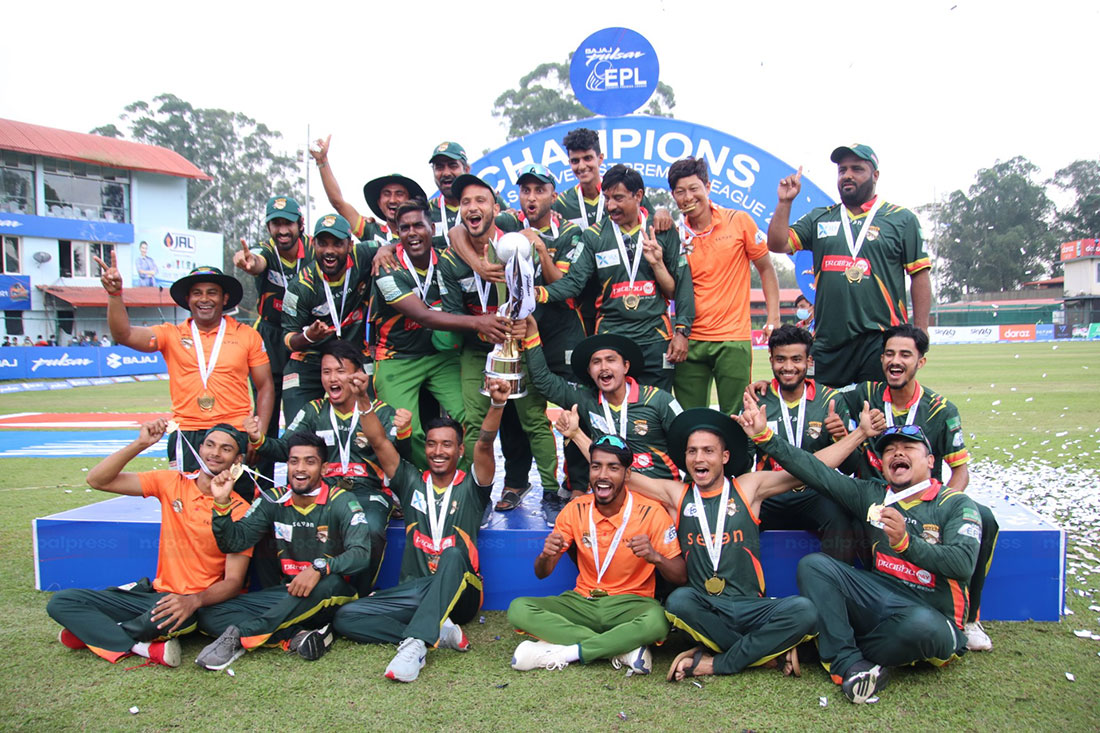 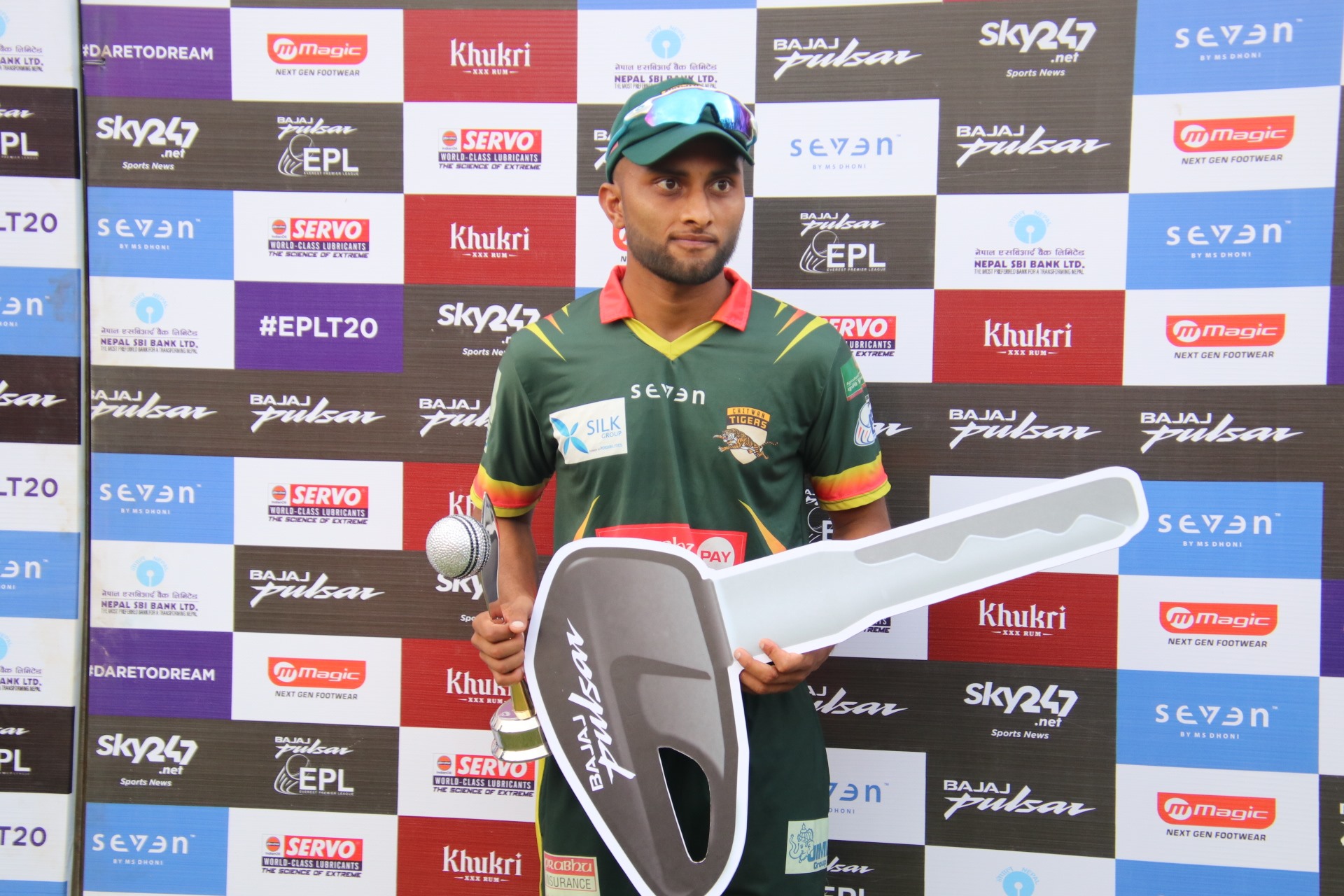 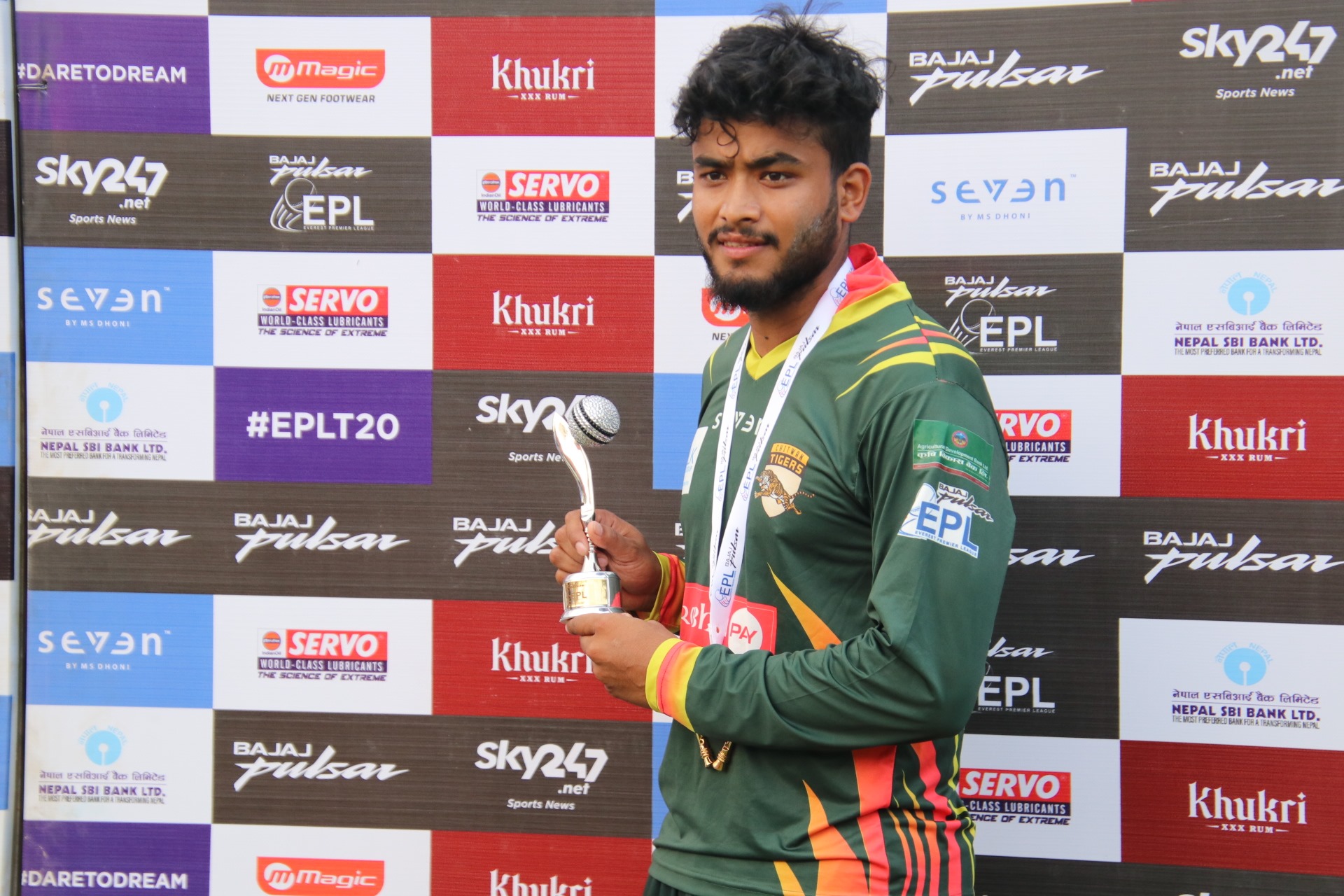 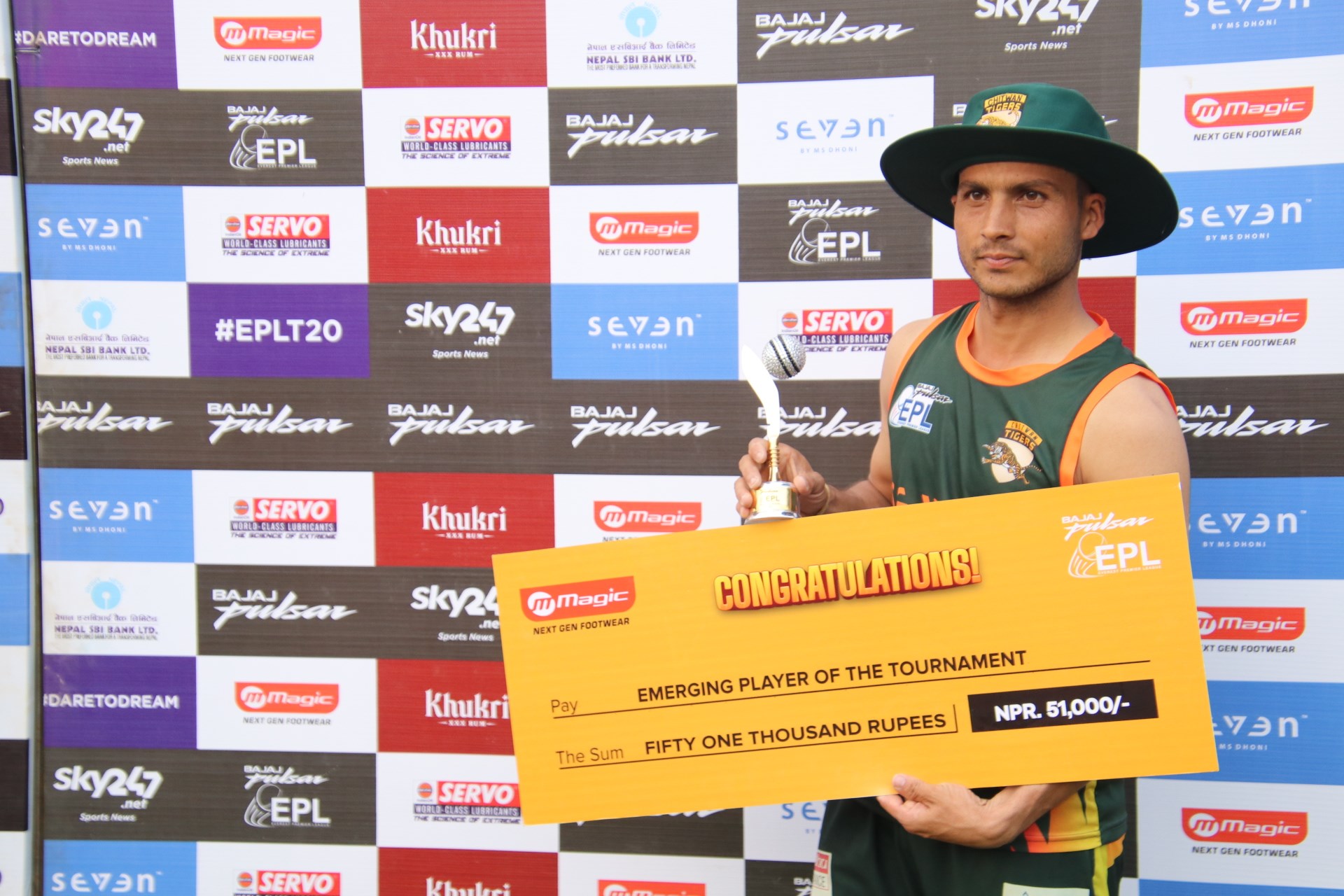 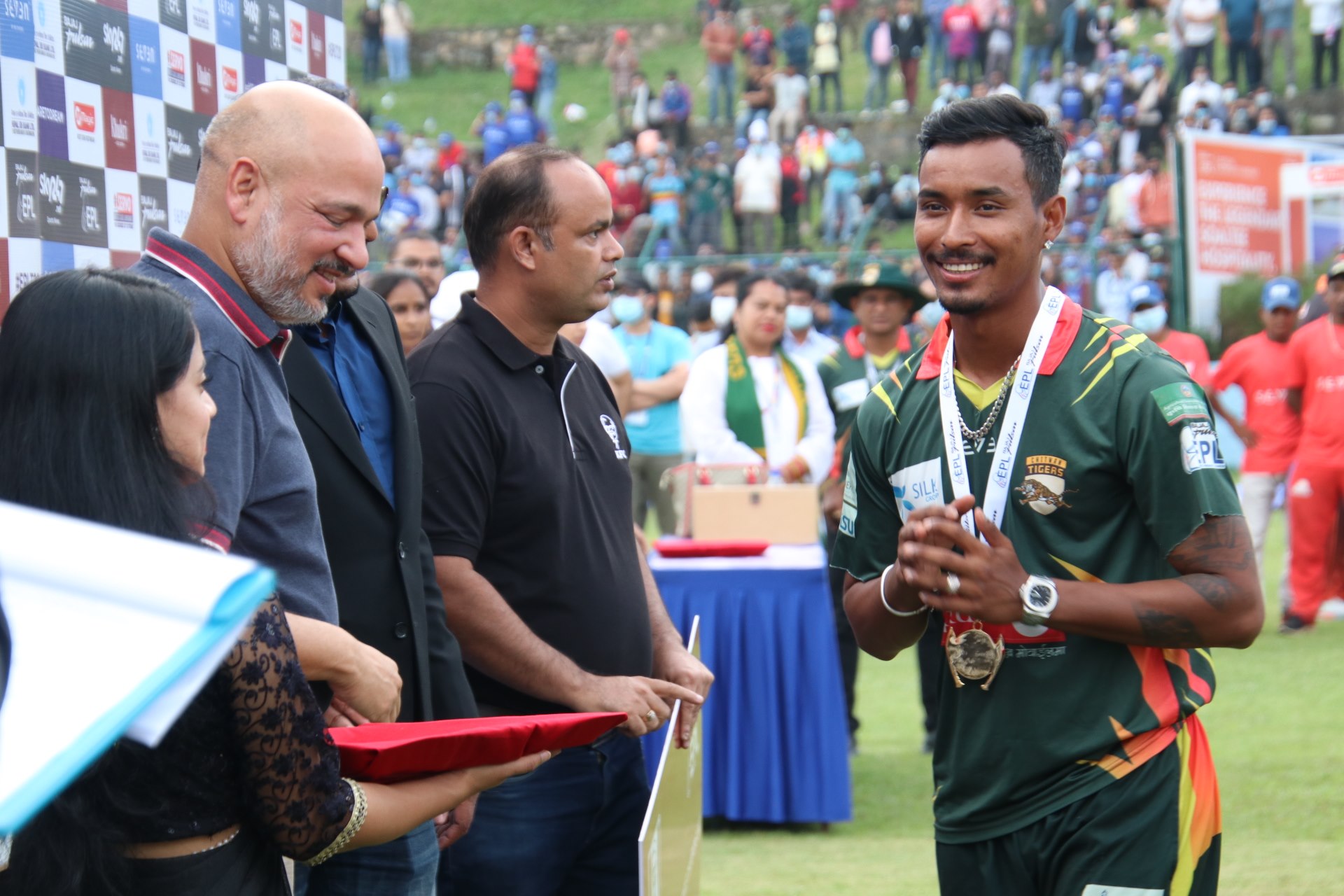