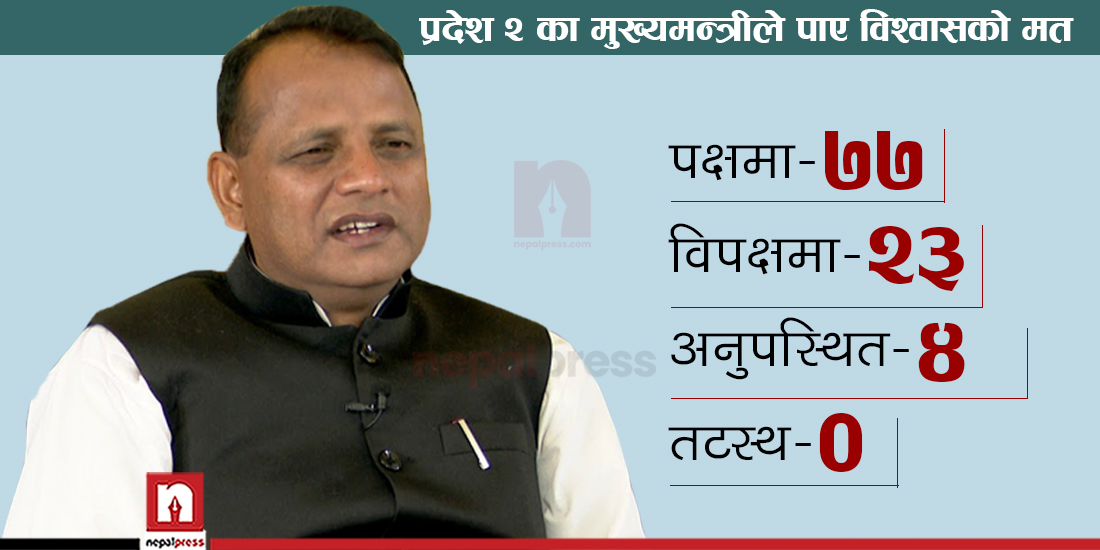 He sought the vote of confidence as per the constitutional provision after the split of Janata Samajbadi Party-Nepal (JSP-N).

Raut’s government has been secured with the support of other political parties except CPN-UML and Democratic Socialist Party.

He received 77 votes in the 104-member province assembly. As many as 23 voted against and four lawmakers remained absent.

Out of 108-member province assembly, currently the province has 104 members as four Maoist lawmakers were taken action for joining the CPN-UML.