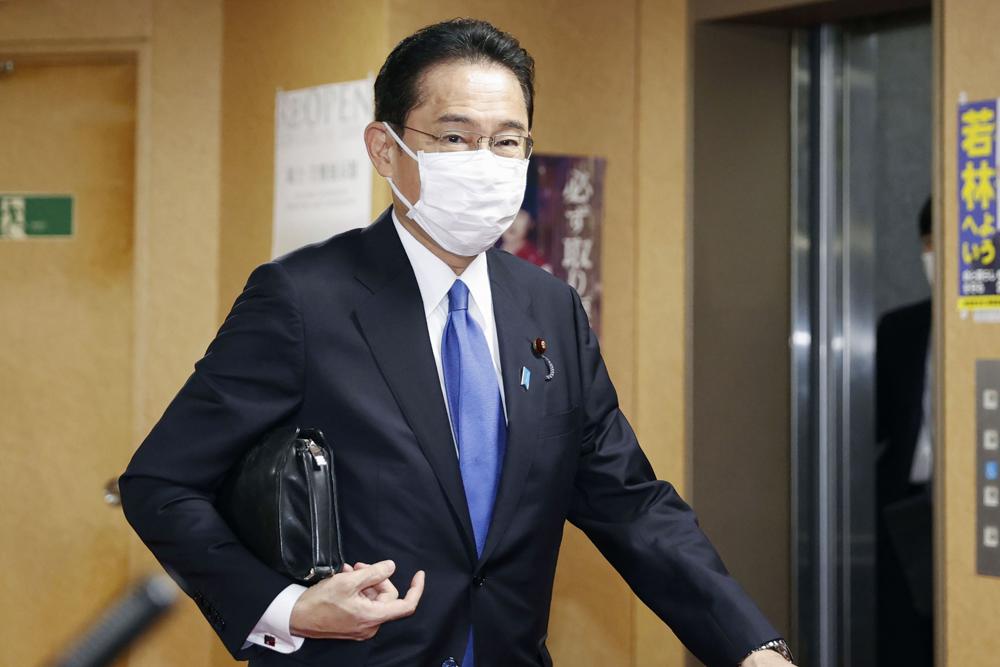 TOKYO: Japan’s Cabinet and leader Yoshihide Suga resigned Monday, paving the way for Parliament to elect Fumio Kishida as the new prime minister, who will tasked with quickly tackling the pandemic and security challenges before an imminent national election, Associated Press reported.

Kishida replaced Suga as leader of the ruling Liberal Democratic Party last week and is certain to win the parliamentary vote for prime minister later Monday because the party and its coalition partner control both houses. He and his Cabinet will then be sworn in at a palace ceremony, replacing Suga’s.

Suga leaves after only one year in office after seeing his support plunge over his government’s handling of the pandemic and insistence on holding the Olympics as the virus spread.

A former foreign minister, Kishida, 64, used to be known as a dovish moderate but turned hawkish apparently to win over influential conservatives in the party. He is firmly entrenched in the conservative establishment and his victory in the party election was a choice for continuity and stability over change.

All but two of 20 Cabinet posts under Suga will be replaced, 13 them appointed to ministerial posts for the first time, Japanese media reported. Most of the posts went to powerful factions that voted for Kishida in the party election. Only three women are reportedly included, up from two in Suga’s government.

Foreign Minister Toshimitsu Motegi and Defense Minister Nobuo Kishi are to be retained, ensuring continuity of Japan’s diplomacy and security policies as the country seeks to closely work with Washington under the bilateral security pact in the face of China’s rise and growing tensions in the region, including around Taiwan, Associated Press reported.

Kishida supports stronger Japan-US security ties and partnerships with other like-minded democracies in Asia, Europe and Britain, in part to counter China and nuclear-armed North Korea.

Japan faces growing nuclear and missile threats from North Korea, which last month test-fired ballistic missiles capable of hitting targets in Japan. Kishida also faces worsening ties with fellow U.S. ally South Korea over history issues even after he struck a 2015 agreement with Seoul to resolve a row over the issue of women who were sexually abused by Japan’s military during World War II.

An urgent task at home will be turning around his party’s sagging popularity, hurt by Suga’s perceived high-handedness on the pandemic and other issues. Kishida is expected to make a policy speech later this week before dissolving the lower house of Parliament ahead of the general election expected by mid-November.

He’ll also have to ensure Japan’s health care systems, vaccination campaign and other virus measures are ready for a possible resurgence of COVID-19 in winter, while gradually normalizing social and economic activity.

Kishida said last week that his top priority would be the economy. Kishida’s “new capitalism” is largely a continuation of Abe’s economic policies. He aims to raise income of more people and create a cycle of growth and distribution, Associated Press reported.

A third-generation politician, Kishida was first elected to Parliament in 1993 representing Hiroshima and is an advocate for nuclear disarmament. He escorted former President Barack Obama during his 2016 visit to the city that, along with Nagasaki, was destroyed in U.S. atomic bombings in the closing days of World War II.