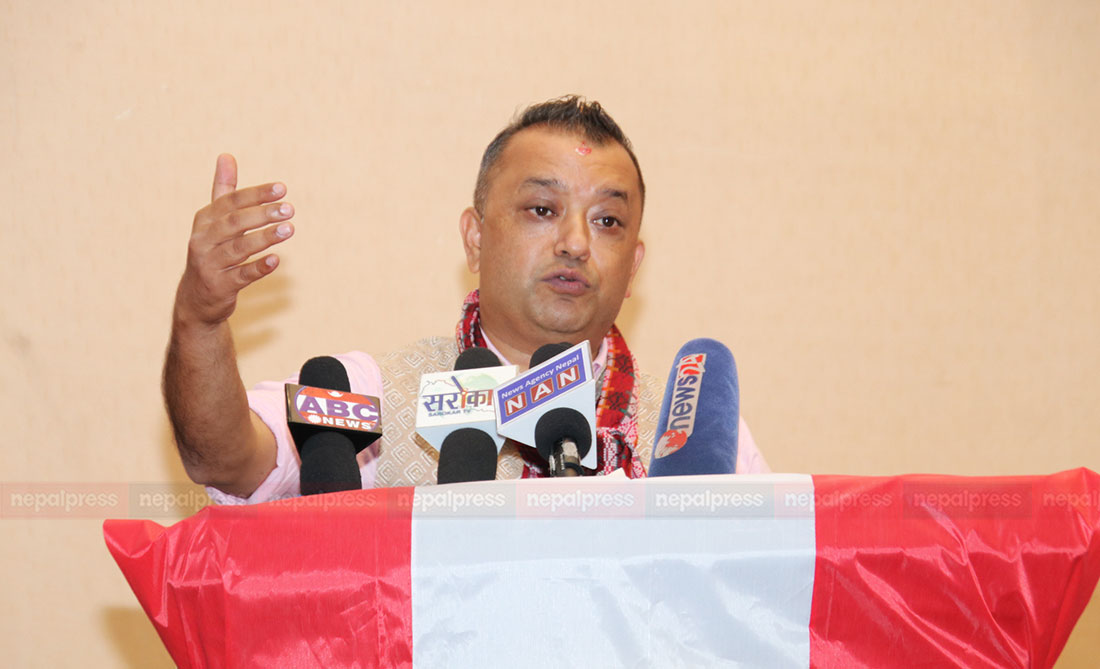 KATHMANDU: Nepali Congress leader Gagan Thapa has claimed his party will emerge as the largest party in the next elections without forging an electoral alliance with any other political parties.

Speaking at a programme organised in Kathmandu on Saturday, Nepali Congress central member Thapa was of the view that the party should be strengthened from the 14th general convention in order to emerge as the largest party of the country.

“We will win the next elections alone without forging an electoral alliance with other parties. We will forge an alliance with no one, not even with communist, Madhesi or Rastriya Prajatantra Party,” he said, adding,”Nepali Congress, however, needs improvement to become a numero uno party in the country.”

Saying that the local convention has given new energy, leader Thapa said that Nepali Congress could not lead the country in the status quo.

“We will not be able to win the trust of people in this situation. We need to improve the party from inside for the same,” Thapa said.