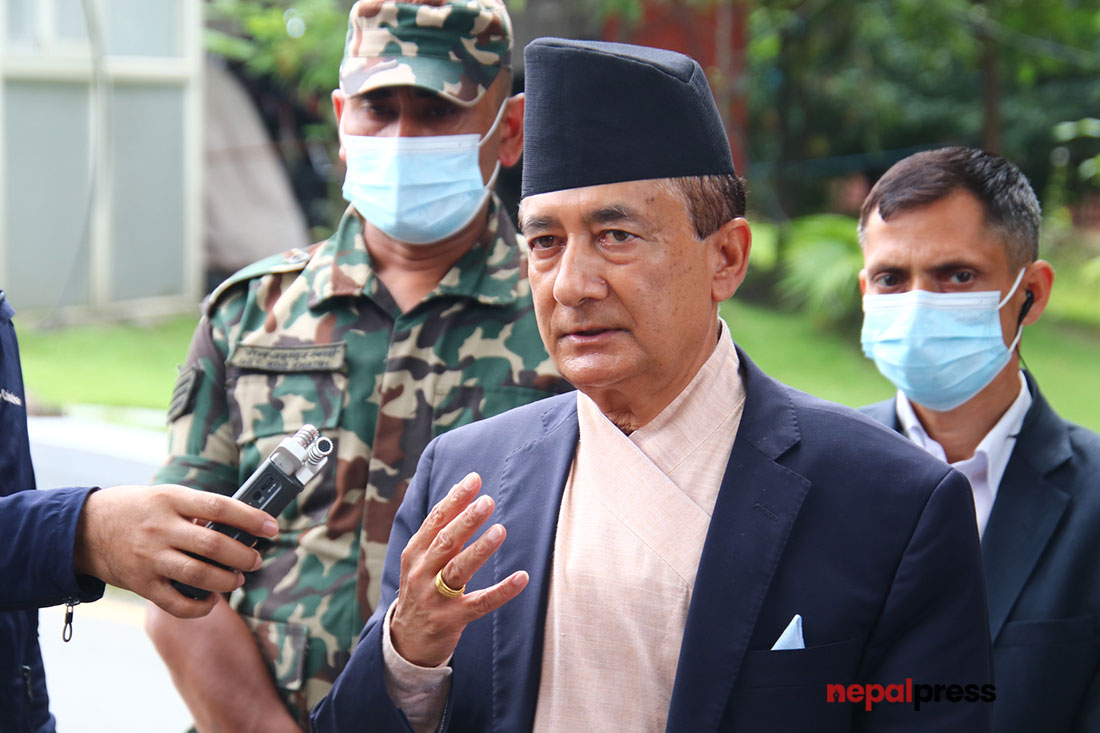 KATHMANDU: The government has urged the main opposition CPN-UML to present itself in a responsible way to resume the House proceedings.

An all-party meeting held at the Prime Minister’s official residence in Baluwatar on Thursday decided to urge the UML to find a solution through talks saying that the House obstruction has created an obstacle for the government to have a direct conversation with the people.

Emerging from the meeting, government’s spokesperson and Minister for Law, Justice and Parliamentary Affairs Gyanendra Bahadur Karki said that it is unfortunate that the UML is not ready to resolve the problems through talks.

“The UML snubbed a meeting called by Speaker Agni Prasad Sapkota earlier also. The UML leaders did not show up at an all-party meeting summoned by the Prime Minister today also,” he said. It shows that the party is trying to run away from the dialogue and talks.

The leaders’ attending the meeting were of the opinion that the UML should play the role of a responsible opposition and should let the House function smoothly, Minister Karki said.

During the meeting, Prime Minister Sher Bahadur Deuba said that the government will hold meetings with the main opposition CPN-UML frequently.

“They did not attend the meeting today but I will talk to them. We will find a way out after holding meetings with the UML,” Karki said as the Prime Minister saying.

All parties representing the federal parliament except the UML attended today’s meeting.