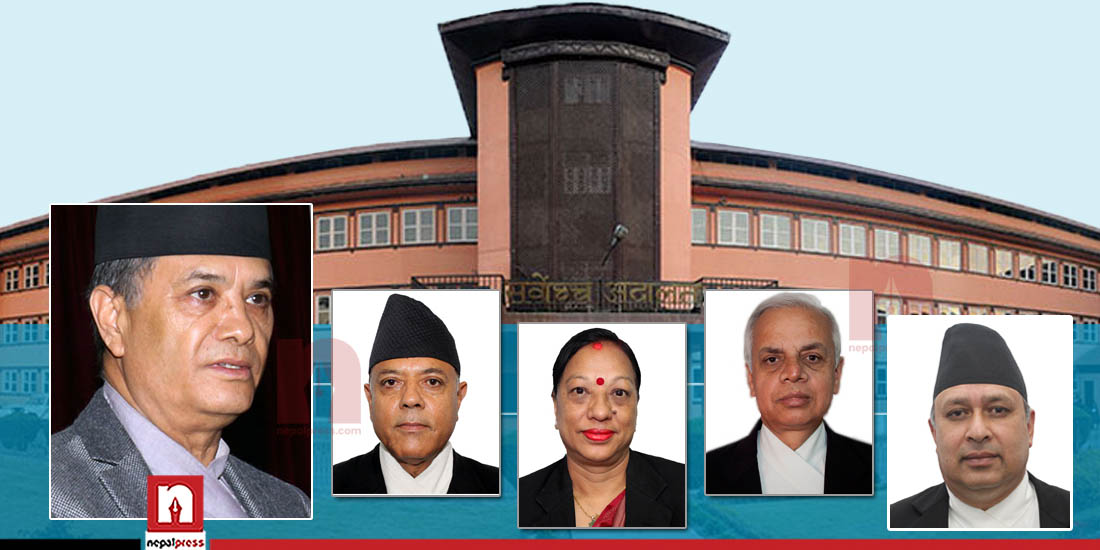 KATHMANDU: The Supreme Court on Friday refused to issue an interim order on a writ petition demanding revocation of the party registration of CPN (Unified Socialist) formed on the basis of an ordinance to split the party.

After a hearing at the constitutional bench, the apex court issued a show cause notice to the defendants–Nepal government, Election Commission and Speaker.

The court has summoned both the petitioner and defendants and also sought a written clarification from the defendants within seven days.

Advocate Shreekant Baral had filed a writ petition seeking nullification of the ordinance brought to split the party and registration of the party formed with the support of 14 CPN-UML lawmakers expelled by the CPN-UML.