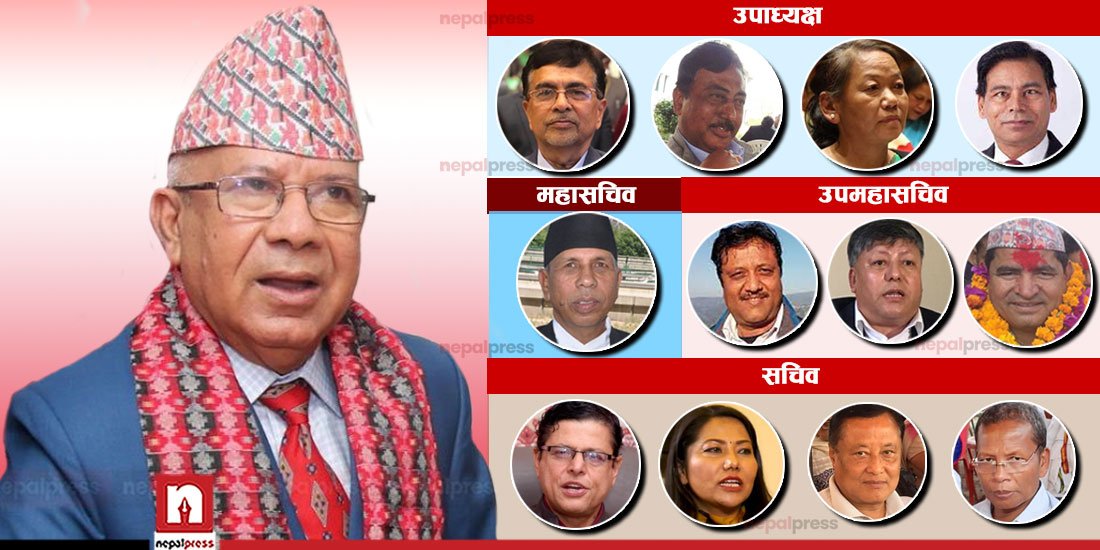 KATHMANDU: The newly formed CPN (Unified Socialist) has finalised the names of its office bearers on Thursday.

Proposed Vice-Chairman Rajendra Pandey said that the list of names will be tabled at a meeting of the Central Committee scheduled for today.

Rajendra Pandey, Dharmnath Sah, Jayanti Rai and Pramesh Hamal have been selected as the vice-chairmen.

Madhav Nepal will lead the party as Chairman and Jhalanath Khanal is the senior leader of the party.

In addition to that, there will be 31 members in the Standing Committee and politburo members will be picked today itself, Bhusal said.

He further said that the Central Committee will also be expanded today itself.