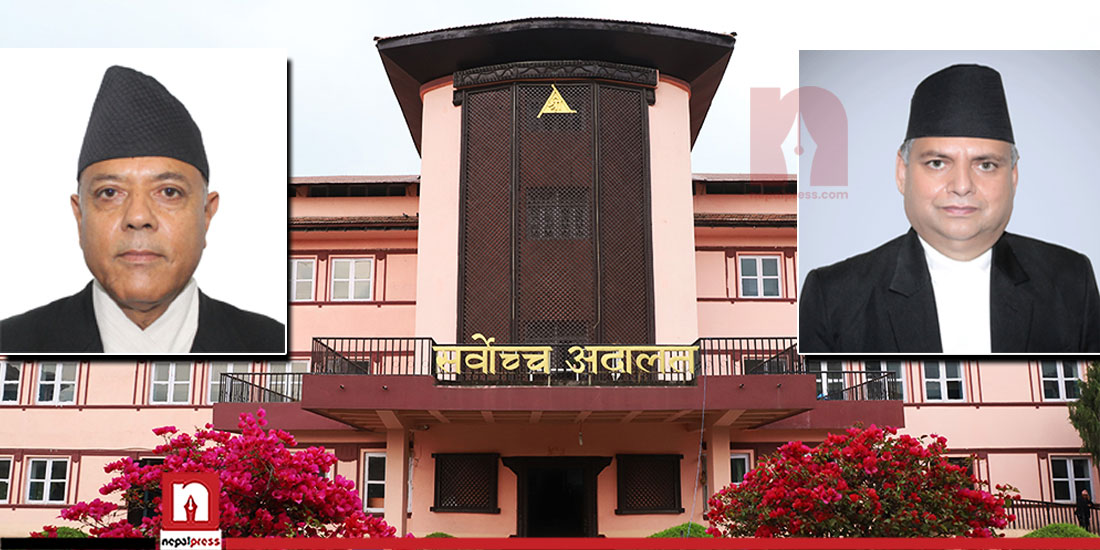 KATHMANDU: The Supreme Court (EC) has refused to issue an interim order on the writ petition filed by CPN-UML Chairman KP Sharma Oli demanding that the court remove 16 lawmakers including 14, expelled from the party, from the post of lawmakers

Earlier on September 1, Sumitra Pandey on behalf of Chairman Oli filed a writ petition at the apex court demanding that the registration of CPN (Unified Socialist) which was formed with the support of 14 lawmakers, who had already been expelled from the UML, and nine central members be scrapped at the earliest.

In the writ, the party had also questioned the role of Speaker Agni Prasad Sapkota for not issuing a notice about the 14 lawmakers that the UML had expelled from the party.

UML lawmakers have been obstructing the proceedings of the Parliament over his bias.