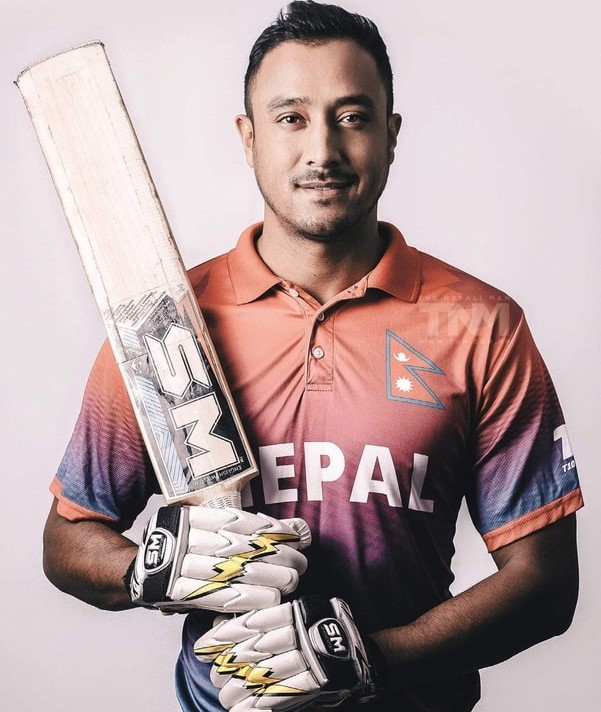 Superlatives that describe our players everytime we win. The whirlwind of emotions, the approvals and appraisals the Nepali fans bestow us with is incomparable. The love is unconditional, genuine and infinite.

Couple of bad outings – a close call here, a loss there – and the demons start taking over. “He is not good enough!” “He is wasting too many balls, batting too slow, taking too long!” “He should be dropped or we will never win again…”

And so on and so forth go the highs and the lows of love, expectations and realities of one of the most ardent cricket fan base globally.

The story within and beyond is nothing but Nepal cricket has always been about INCHES.

A Packed TU Cricket Ground, AFTER AND SINCE THE PANDEMIC, the thrill of watching our Nepal’s mercurial cricket showmanship and the excitement within and beyond is unparalleled. Watching Nepal play off the field rather than on it does have a strange feel to it. Not used to it then but now getting accustomed to. Running back to attempt a diving catch like it’s been done over million times over the course of my career, Something so routine yet so significant BUT a simple fall meaning you have a torn ligament on your right shoulder and all one could do was now watch it from the stands.

Vivian Kingma bowling to Kushal Bhurtel – a slog and an edge, catch taken and yet another early loss of wicket for Nepal. OUT FOR A ZERO. Not an unusual scene for a Nepali fan watching live streams on pirated sites and/or scorecard ticking on cricket sites. But right then, the umpire stretches his right arm out to signal a NO BALL and a FREE HIT..(Inches)

What transpired after that was a week of cricketing extravaganza – strokeplay of the highest order, clinical repetitions, fearless approach and for once, never ending opening partnerships. Nepal is now Winning and without prejudices.

You might think it’s luck but Bhurri (Kushal Bhurtel) has earned that free hit. Those early morning shuttle runs to the ground, rounds of the Kirtipur oval, the unending practice sessions, the gym work that followed and the throw-downs after had to pay dividend sooner or later. Since then a batting prodigy has evolved and let it be, let this continue.

Nepal won the Tri-Series, for once without any hesitations and heartache but to sum up that week would be this moment where another Kushal , Young Malla smashed a front-foot/back foot not sure if I can describe that shot for six OVER extra cover (I repeat, EXTRA COVER) of PAUL Van MEEKARAN. Just to witness that week unfold was a personal HIGH for me.HIGHs that make you yearn for more and more hits, highs of life that each one of us enjoys every time it happens.

Rohit Paudel has just played a pivotal role with the bat to secure three wins for Nepal and accomplish the rarity of sketching his name along with very few players who have scored back-to-back fifties in LIST A cricket.

And now, he has done the same in ODIs.

Sidenote: He scored his first ODI FIFTY in 2019 to become the youngest player ever in the long history of One Day Internationals.

Four months ago, Rohit Paudel was living in his own bewilderment. Wakes up, has his museli, goes to the field and hits hundreds and hundreds of balls every day, all day, mostly at the TU INDOORS but also anywhere he can find his mental cricket security. That has been the pattern. Is there any other way or is that the only way? Still, he cannot make it to through to the team, hasn’t gotten into the groove just yet, and he himself cannot justify his own talent, his own cricketing mind.

Right around then, the second wave of the crippling Covid-19 pandemic was hitting Nepal, much like the rest of the world, pretty hard. Rohit was in India, trying to regain his touch and find the magic within, working harder than ever, dreaming of a better future. Having tasted initial success at the highest level, our former U-19 captain knew or did not know what he would have to do next to make a comeback.

Following our conversations, he rushed back to Nepal fearing unknown lockdown protocols but little he knew, COVID had taken over his body internally. The second wave was about to launch its own pathway into his body but Rohit had to make it home and thank god he did. He had to fight, he had to isolate, he had to come back to Nepal and he just about made it, barely. The stomach bug, the chest congestion that weighed on him for weeks/months post COVID diagnosis meant he had to be under medical surveillance for some time.

The eyes that were staring the rooms of the hostel of a cricketing facility in India, the walls of his room in his hometown of Butwal and his own decision to live in Kathmandu that he made few years ago with his fellow teammates to become better in the NEPAL CRICKET SET UP meant the medical emergency he underwent was nothing compared to his cricketing dreams. Still, all he could do was wake up, have his museli, gulp down the protein shakes, boiled eggs, and go hit that ball again, repeatedly.

Injuries, retirements, resignations and everyday challenges that our players overcome on the regular meant the team would need him now more than ever. All those days that bled into nights, hours of simulations, visualizations and permutations meant that he would now make it to the team.

FINALLY! AGAIN!
These stories of inches, heart-stopping run chases and wickets, the perseverance and the flow of sweat that continue from dawns until dusks, day after day, will never end. Everyone wants to celebrate the successes, and celebrate they do but very few understand the pain and the burden that sportsmen/women and athletes shoulder in our country. So many hidden gems, stories of magic, tales of bewilderment and hopes and dreams. And yes, dreams do come true if you put in the time and the effort it takes for dreams to manifest.
Hope we get to witness more of these in days to come.
We’ve all read articles about one ATHLETE who couldn’t participate in the TOKYO OLYMPICS, yet another example of what’s it like in this part of the world. THE STRUGGLES ARE REAL.
There are hundreds of millions of dreams that see the light of the day and keep one awake through the night, hundreds of bodies going through the same process everyday and it is up to us now to make sure the future is better, is secured.
Nepal Cricket makes us happy, proud, sad, angry, frustrated, overwhelmed and takes us on a whirlwind of emotions that range across the spectrum but what it does the most is bring all of us to one platter, under one umbrella and there is no background check to it. Let us all enjoy these moments. Let us all forget the PANDEMIC for once, even if for a very brief moment in time.

Let Karan Kc smash the ball outside the stadium, Let SOMPAL celebrate every wicket, Let Gulshan Jhaa run in and bowl as fast as he can.
Let a Bikram Sob hit the top of off every single ball; allow Avinash Bohora nail those yorkers ball after ball; Let Binod Bhandari do a MS Dhoni-esque backflip run out. Let youngins like Kushal Malla, Sushan bhari and Aasif Shiekh breathe and learn and enjoy and grow to love the game they’ve dedicated their LIVES to.
Let Sandeep Jora and Kamal Singh Airee who been injury struck over last couple of months find the right treatment to make a lasting comeback.
Let Lalit Singh Bhandari who was hit with a life threatening accident now after a year and half stand up, breathe and mark his full run up and bowl.
Let the CAPTAIN of the national team, the ever-silent Gyanu, who has the best winning percentage over the last two years, who has done everything he could for Nepal Cricket to prosper and one who has shaped, helped so many cricketing dreams around him, Enjoy his remaining cricketing days.
Let us enjoy Umesh Patwal and Dav Whatmore and many more.
Let us savour the victories, learn from our losses and our mistakes and allow the process to take over.
MOST IMPORTANTLY,
Let us Enjoy Nepal Winning..
“Why?” you may ask!
Because, for now and for the rest of eternity, remember – as life goes on, nothing is temporary nor permanent except the MEMORIES we live with and carry within.
Jai desh! Jai Nepal!