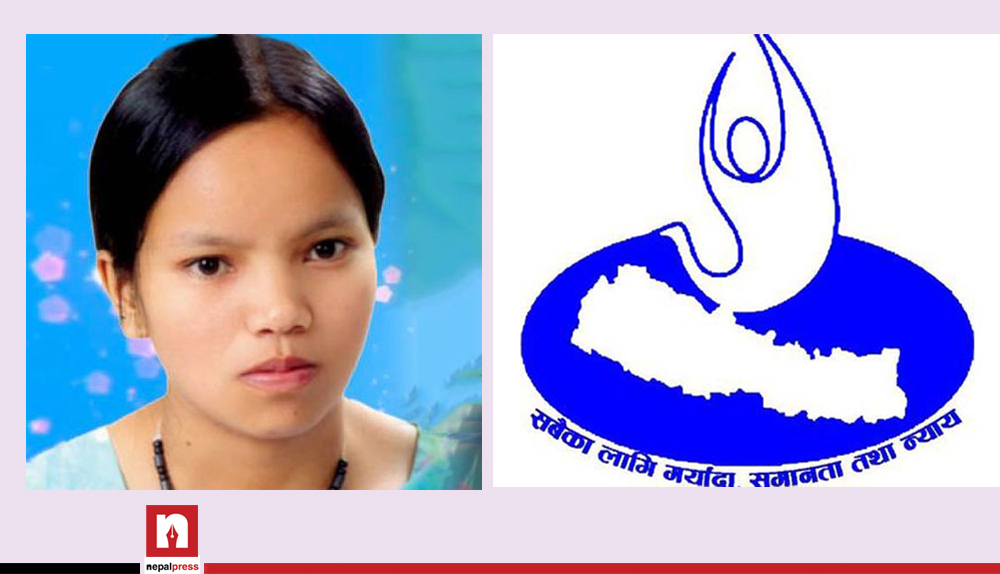 KATHMANDU: National Human Rights Commission (NHRC) has expressed its concern over the personal life of Bishnu Majhi, a popular folk singer of Nepal.

The human rights watch dog officials on Sunday telephoned the District Administration Office, Syangja and the local police office to inquire into her situation. Majhai is a local of Syangja district.

Talking to Nepal Press, NHRC spokesperson Tikaram Pokharel said that the Commission had directed the administration to find out the facts of the details surrounding the media about Majhi.

Following the verbal directive, SP Hobendra Bogati, Chief at the District Police Office, Syangja sent a police team to the parental home of Majhi yesterday but to no avail.

“We had unofficially tried to inquire about Majhi in her parental home. But, there was no one in the house,” SP Bogati said.

NHRC spokesperson Pokharel said that the investigation and action cannot be taken ahead until the victim lodges a complaint by herself.

“We can take the investigation ahead if the victim files a complaint by herself,” spokesperson Pokharel said.

They presented themselves at the District Administration Office on December 17, 2018. During the interrogation, Majhi said that she has not been mistreated by her husband.

Majhi, who had sung many popular songs, has never been seen in public and many people speculate that Majhi might have been taken hostage by her husband.

But, the artists, who are close to them, said that Majhi has a good relationship with his husband Sundar Mani Adhikari.

The song title ‘Chari Jailaima’ has become very popular in the country and it was written and composed by her husband Adhikari.